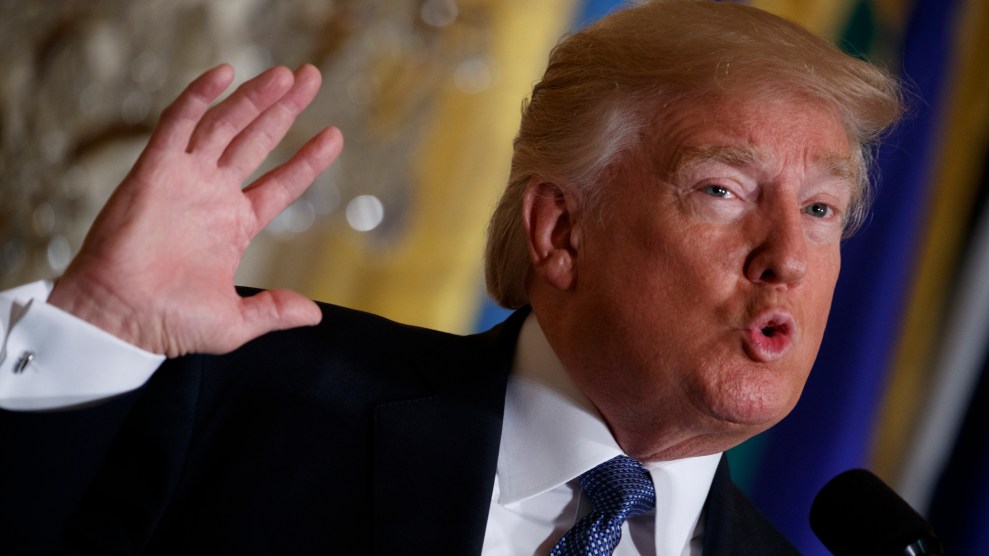 A few days ago the White House along with South Korean officials announced that Kim Jong-un had invited President Donald Trump to to discuss North Korean denuclearization and that the president had accepted. This was immediately greeted with cautious optimism by many people who don’t want to die in a nuclear fire, a proposition that had grown increasingly likely over the last 16 months.

But there were other voices too! Voices pointing out that this maybe wasn’t the big win the Trump administration thought it was. Chatting with an American president has been a goal of the North Korean regime for decades—and now Trump had given them that with nary more than a promise to “discuss” denuclearization. “Is Donald Trump the stupidest man alive?” wondered Kevin Drum. According to reports, the State Department was as surprised by the news as anyone else. It wasn’t long before many people suggested that perhaps meeting with Kim Jong-un is something that should happen at the end of a negotiation, rather than the beginning.

This was not lost on Trump, who on Saturday took to Twitter to vent.

In the first hours after hearing that North Korea’s leader wanted to meet with me to talk denuclearization and that missile launches will end, the press was startled & amazed.They couldn’t believe it. But by the following morning the news became FAKE.They said so what, who cares!

This tweet is stupid for many reasons, the most obvious being that Trump is mad that the media took two seconds to think about whether this very big news was good or bad. How dare they!

But it’s even stupider when you realize that Trump’s own administration changed its position on the talks after spending approximately two seconds thinking about it. Here’s White House spokeswoman Sarah Sanders on Friday responding to questions after a string of reports indicated that Trump was backing off the agreement to meet after being advised by the State Department that North Korea needed to meet certain preconditions before he granted Kim a high-level photo-op:

SANDERS: The understanding, the message from the South Korean delegation is that they would denuclearize. And that is what our ultimate goal has always been, and that will have to be part of the actions that we see them take.

Q: Is that before or after the meeting?

Q: Before the meeting?

But then the White House seemed to walk back its embarrassing yet constructive walk-back:

White House clarifies Sarah Sanders’ statement on N Korea that “president will not agree to the meeting without concrete steps and action."

Not so fast: “The invitation has been extended and accepted, and that stands,” WH official tells WSJ.

Regardless, it is undeniable that the Trump administration is guilty of changing its mind about the invitation after thinking it over. This is exactly what Trump is attacking the media for doing.

Happy Saturday! Maybe that weirdo in Ohio is right.