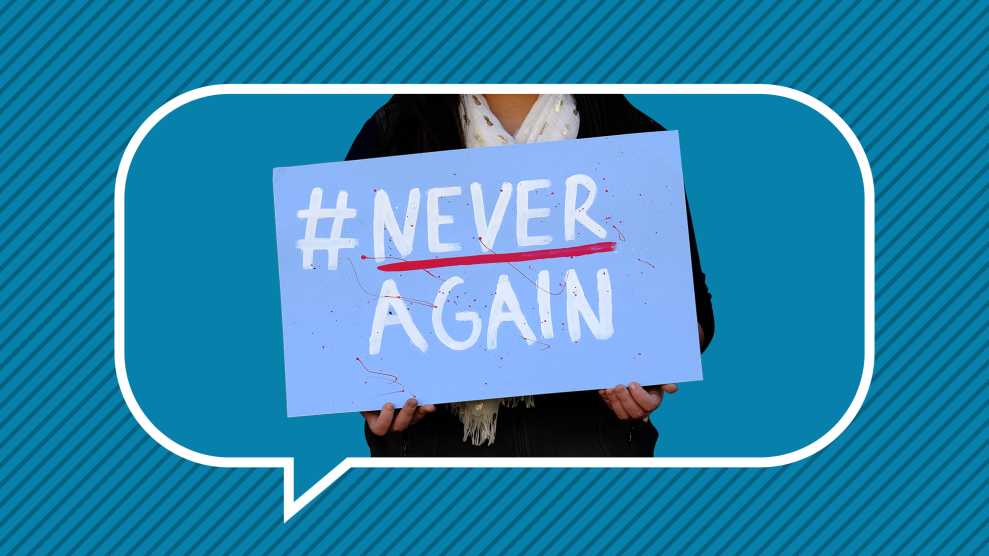 More than a month after the deadly school shooting in Parkland, Florida, hundreds of thousands of people, led by fervid and frustrated youth activists, converged on Washington, DC on Saturday. Participants are calling for an end to gun violence and the March for Our Lives event was organized to urge lawmakers to pass stricter gun laws.

Even after this year’s school shootings and high-profile protests, efforts to pass gun control legislation through Congress—such as banning assault weapons or raising the minimum age for rifle buyers to 21 years old—have largely stalled. Instead, legislative efforts have focused on ramping up school security. The White House recently unveiled a plan to address school safety that would let the Justice Department work with states to provide firearms training to some school staffers—an idea endorsed by President Donald Trump but opposed by a majority of Americans. It also created a federal commission to explore solutions to improving school safety. And on Friday, President Donald Trump signed a $1.3 trillion spending bill that included $2.3 billion to address school safety through grants. This funding would be going toward measures that include training for students, teachers, and law enforcement on identifying potential threats, and purchasing metal detectors and locks to physically upgrade security at schools. Tucked in the spending measure is the Fix NICS bill, which is supposed to improve screening for gun buyers in the National Instant Criminal Background Check System.

States are also taking action: At least six states are considering legislation that could loosen gun restrictions on K-12 campuses, including bills that would let certain school staffers carry firearms. In New Jersey, state troopers will now make random stops at schools to encourage more interaction between law enforcement and students, teachers, and staff. And in Wisconsin, Gov. Scott Walker introduced a package of bills that would open up $100 million in grants for security upgrades and hiring school resource officers. Meanwhile, Florida signed into law a package of bills that includes funding to bolster school security and mental health programs, and establish a so-called school guardian program, which lets certain school staffers carry firearms for protection on campuses once they’ve received a certain amount of training.

Still, lawmakers have yet to fully heed the calls of students, who have demanded more aggressive steps to tackle gun control such as assault weapon bans, universal background checks, and risk protection orders that would let courts take away guns from people who pose a threat. Some students worry that more cops in schools could spell problems for peers of color, while some parents have proposed adding metal detectors and security cameras to beef up security on campuses.

With all the proposals swirling around, I want to know from teachers, administrators, students, and parents.: What actions have your schools taken to beef up security? What do you think should be done to make schools safer after the Parkland shooting?