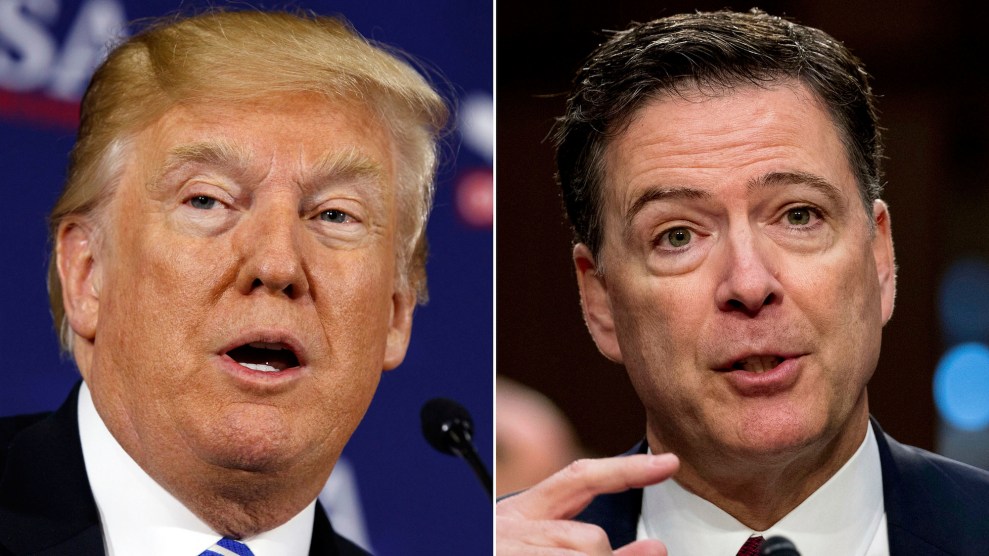 President Donald Trump said Wednesday morning that he did not fire then-FBI Director James Comey because of the bureau’s investigation into his campaign’s ties to Russia, contradicting a claim he famously made last year in a nationally televised interview.

Slippery James Comey, the worst FBI Director in history, was not fired because of the phony Russia investigation where, by the way, there was NO COLLUSION (except by the Dems)!

Here’s what Trump told NBC’s Lester Holt last May: “When I decided to just do it, I said to myself, I said, ‘You know, this Russia thing with Trump and Russia is a made-up story. It’s an excuse by the Democrats for having lost an election that they should have won.'”

Trump’s comments to Holt came as White House aides were asserting that Comey’s firing was not related to the Russia investigation but was initiated by top Justice Department officials over Comey’s handling of the Hillary Clinton email investigation. Things seem to have come full circle.