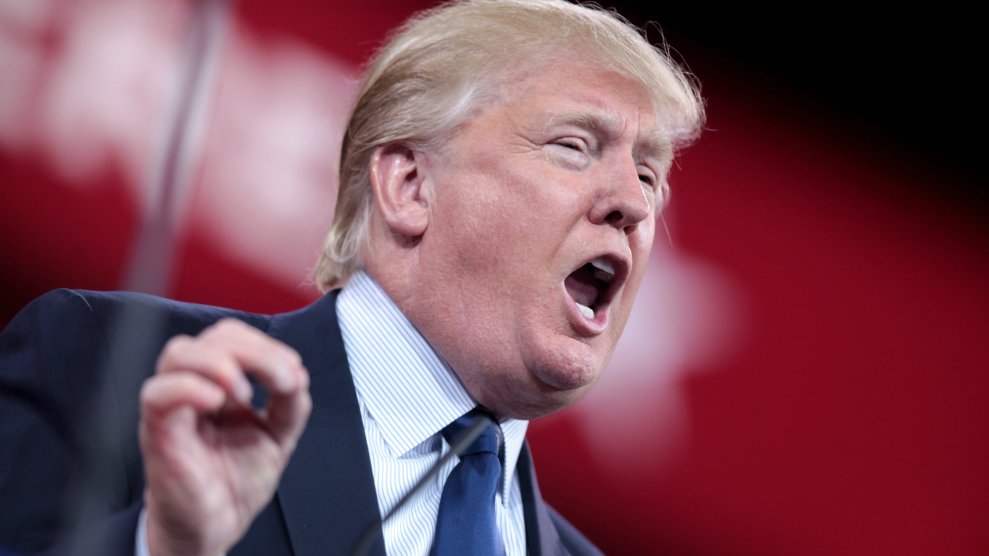 On Thursday night, the first details of James Comey’s new book, which comes out next week, rolled in. In A Higher Loyalty, the former FBI director is unsparing in his portrait of Donald Trump, whom he likens to a crime boss and blasts as “unethical and untethered to truth.” On Friday morning, Trump took to Twitter to assail Comey as a “leaker and a liar” and to suggest, once again, that the ex-FBI chief should face prosecution.

Comey oversaw the FBI’s investigation into whether Trump’s campaign colluded with Russia during the 2016 election. The president abruptly fired him last May, a move Trump acknowledged was related to the cloud he was under from the Russia probe and which raised questions about whether Trump was obstructing justice.

“It was my great honor to fire James Comey!” Trump tweeted on Friday. And he contended that “virtually everyone in Washington” thought Comey should be fired—a claim that, as Comey would say, is “untethered to the truth.”

James Comey is a proven LEAKER & LIAR. Virtually everyone in Washington thought he should be fired for the terrible job he did-until he was, in fact, fired. He leaked CLASSIFIED information, for which he should be prosecuted. He lied to Congress under OATH. He is a weak and…..

….untruthful slime ball who was, as time has proven, a terrible Director of the FBI. His handling of the Crooked Hillary Clinton case, and the events surrounding it, will go down as one of the worst “botch jobs” of history. It was my great honor to fire James Comey!

If Michael Wolff’s Fire and Fury is any indication, Trump’s attack on Comey and his book may mean the ex-FBI director has a huge bestseller on his hands.