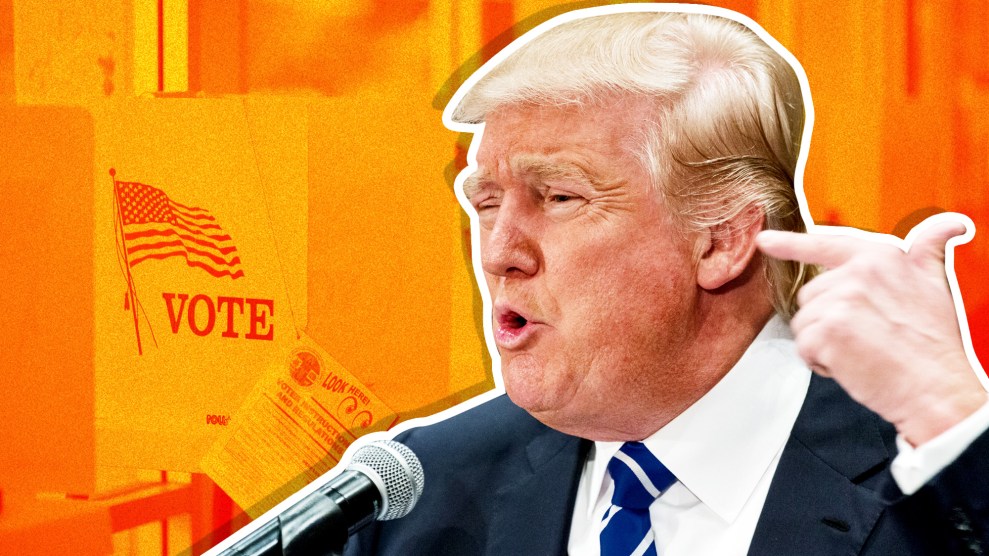 Today we’re launching a new Mother Jones video series explaining everything you need to know about efforts to undermine voting in America.

We’ve covered this territory for years. In 2012, Kevin Drum detailed the GOP’s 10-year campaign to gin up voter fraud hysteria in an attempt to bring back Jim Crow at the ballot box. In 2015, Pema Levy investigated how Jeb Bush enlisted in Florida’s war on black voters when disenfranchised ex-felons asked him to restore their civil rights. But all this reporting now seems like a grim prelude to the real act: Trump-era efforts to block voting and sow confusion.

Multiple efforts are now afoot to undermine, reshape, or rig voting in America. There are, of course, Trump’s repeated false claims that millions of people voted illegally in the 2016 election (which he revived recently at a West Virginia rally). There’s the voter fraud commission he created with the seeming intent of ginning up evidence of voter fraud, only to disband it. There are the efforts by his administration to change the 2020 census in ways that will undercount people of color. And there are a series of state-level laws aimed at chipping away at representation of African Americans.

In October 2017, Mother Jones reporter Ari Berman examined how Wisconsin’s strict voter ID laws suppressed the vote of African Americans and likely swung the state to Trump. Texas, Kansas, and Florida have also made it meaningfully harder for certain populations to vote.

In this three-part series, Berman tackles the biggest myths about voter fraud, the main architects of those myths, and the laws around the country that are making it hardest to vote: