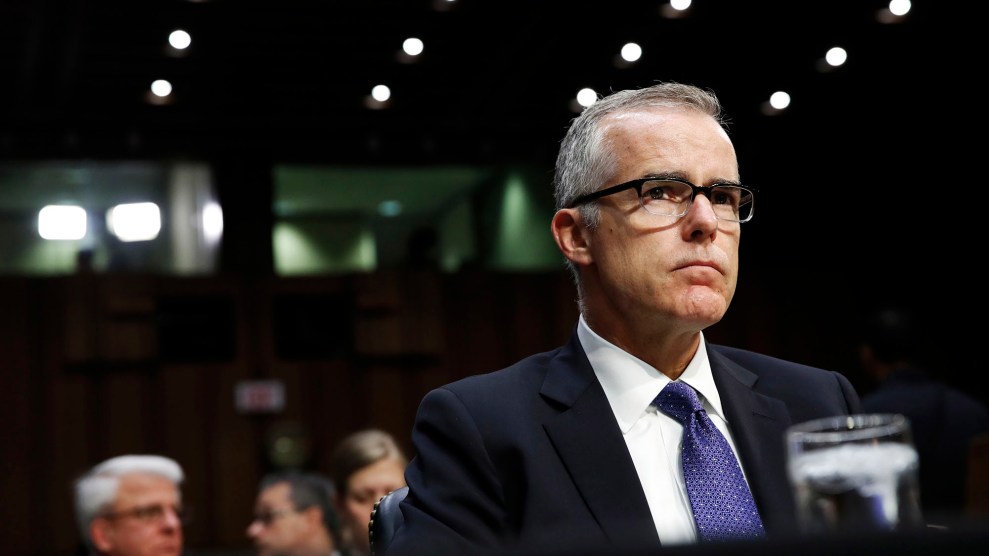 DOJ just issued the McCabe report – which is a total disaster. He LIED! LIED! LIED! McCabe was totally controlled by Comey – McCabe is Comey!! No collusion, all made up by this den of thieves and lowlifes!

The Justice Department’s inspector general released his report on fired FBI Deputy Director Andrew McCabe on Friday, finding that he “lacked candor” in discussions with then-FBI Director James Comey, FBI investigators, and Office of the Inspector General investigators regarding leaks to the media.

“We found that, in a conversation with then-Director Comey shortly after the WSJ article was published, McCabe lacked candor when he told Comey, or made statements that led Comey to believe, that McCabe had not authorized the disclosure and did not know who did,” the report states.

McCabe’s lawyer, Michael Bromwich, responded with a statement, released on Twitter, in which he called the decision to fire McCabe “rushed” and “unprecedented.” He further said the findings that McCabe made false statements to investigators “are more properly understood as the result of misunderstanding, miscommunication, and honest failures of recollection.”

The IG report is out: Andy McCabe’s reward for 21 years devoted service was 23 days worth of “due process.” The AG terminated him 26 hours short of his retirement on very shaky facts, depriving him of his retirement benefits. A disgrace. My statement: https://t.co/u2TeRCoUzf

Read the full report below.