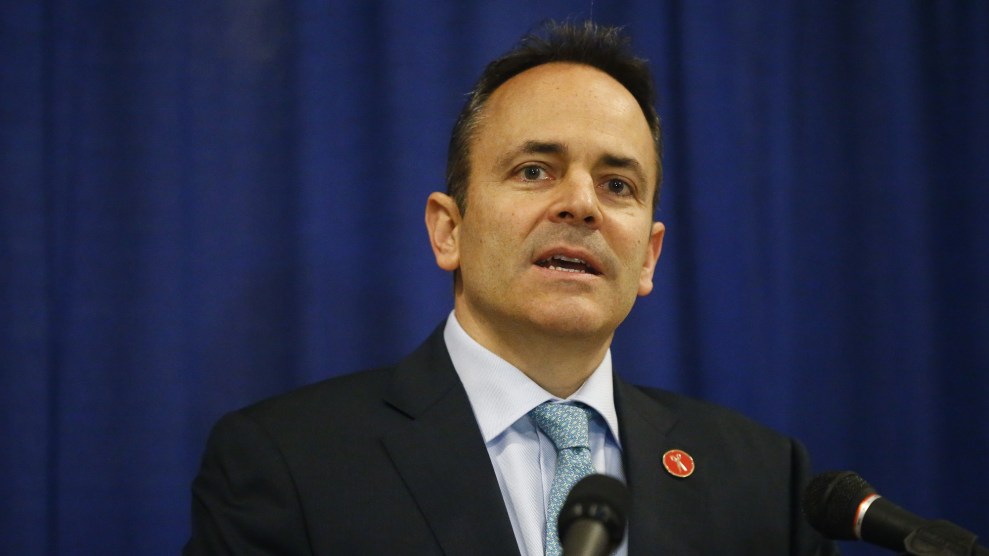 Kentucky Gov. Matt Bevin (R) issued an apology Sunday following outrage over his assertion that a walkout by teachers in the state likely led to children being sexually assaulted and facing other “physical” harms.

“I guarantee you somewhere in Kentucky today a child was sexually assaulted that was left at home because there was nobody there to watch them,” Bevin told a WDRB reporter on Friday after thousands of teachers demonstrated at the state capitol, leading to school closures around the state. Bevin’s comment sparked a public backlash and an official condemnation from Kentucky lawmakers.

In a video posted Sunday, Bevin apologized for the “unintended consequences” of his remarks. “For those of you who understood what I’m saying, thank you. But clearly a tremendous number of people did not fully appreciate what it was that I was communicating, and I hurt a lot of people,” he said. “I apologize for those who have been hurt by the things that were said. That was not my intent whatsoever.”

It is my responsibility to represent you, not only when I’m speaking to you but also when I’m speaking on your behalf. It is not my intent to hurt anyone…but to help us all move forward. We need each other. We’re in this together. #WeAreKY https://t.co/2MzQaoJGNk

Kentucky teachers have sparred with Bevin over his handling of the state’s pension plan and his recent veto of a budget bill that would increase school funding. State lawmakers overrode the veto on Friday. Teachers across the state are reportedly asking other educators to wear black on Monday in protest of the governor’s comments.

NEW: Despite @GovMattBevin's apology, it looks like teachers across the state are moving forward with a "black out" tomorrow. They're putting calls out on social media for teachers to wear black as a show of solidarity against Bevin's comments. pic.twitter.com/VUC5CiUGwK