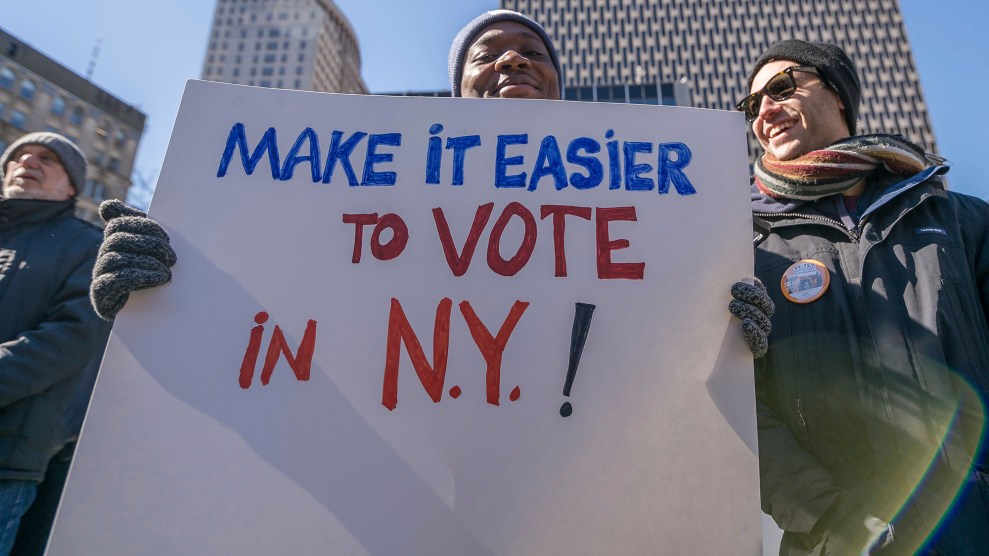 A demonstrator holds a sign during a rally to demand voting reform in New York on March 18, 2018. Albin Lohr-Jones/Sipa USA/AP

Andrew Cuomo, New York’s Democratic governor, announced on Wednesday that he plans to restore voting rights to ex-felons on parole through an executive order. The move could enfranchise tens of thousands of New Yorkers.

According to the state’s own figures, roughly 36,000 New Yorkers can’t vote because they’re on parole. Almost half, or 48 percent of those disenfranchised, are African Americans. Nationwide, more than 6 million Americans can’t vote because of felon disenfranchisement laws. Florida is considering a ballot initiative in 2018 to restore voting rights to 1.5 million ex-felons.

.@NYGovCuomo has failed New Yorkers by not including early voting in the budget. #nygov pic.twitter.com/YDlt5HO22O