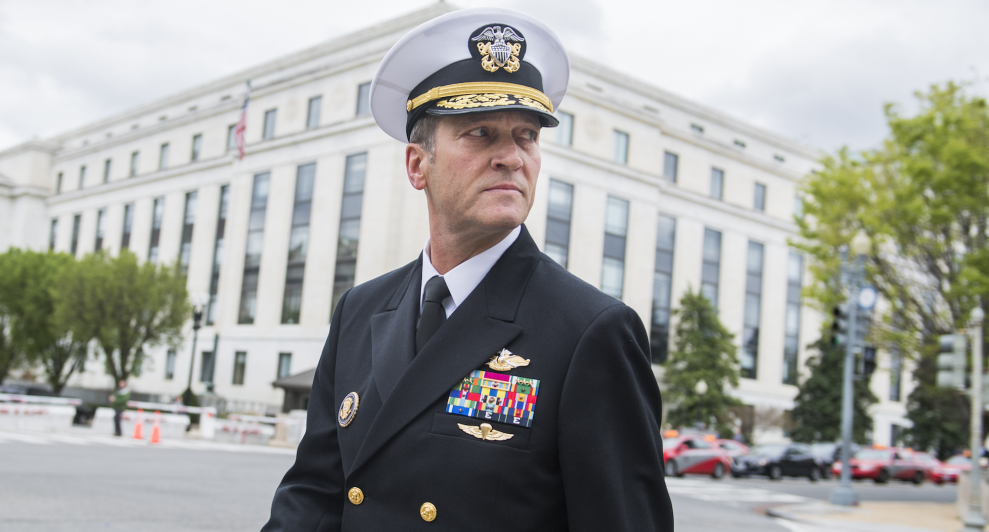 Ronny Jackson, President Donald Trump’s pick to lead the Department of Veterans Affairs, has withdrawn his nomination amid serious allegations of workplace misconduct that first emerged this week. The accusations, which were listed in a two-page memo released Wednesday, include drinking on the job, improperly dispensing drugs, and creating a hostile work environment.

In a statement Thursday morning, Jackson labeled the accusations as “baseless and anonymous.”

“The allegations against me are completely false and fabricated,” Jackson said. “If they had any merit, I would not have been selected, promoted, and entrusted to serve in such a sensitive and important role as physician to three presidents over the past 12 years.”

He continued: “Unfortunately, because of how Washington works, these false allegations have become a distraction for this President and the important issue we must be addressing—how we give the best care to our nation’s heroes.”

As news of Jackson’s decision broke, President Donald Trump appeared in a phone interview with “Fox & Friends” where he blasted Democrats for “trying to destroy” Jackson’s life. He also blamed Montana Sen. Jon Tester, the top Democrat on the Senate Veterans Affairs Committee, for Jackson’s undoing, implying that he would seek political revenge on him.

“I think Jon Tester has to have a big price to pay in Montana,” the president said.