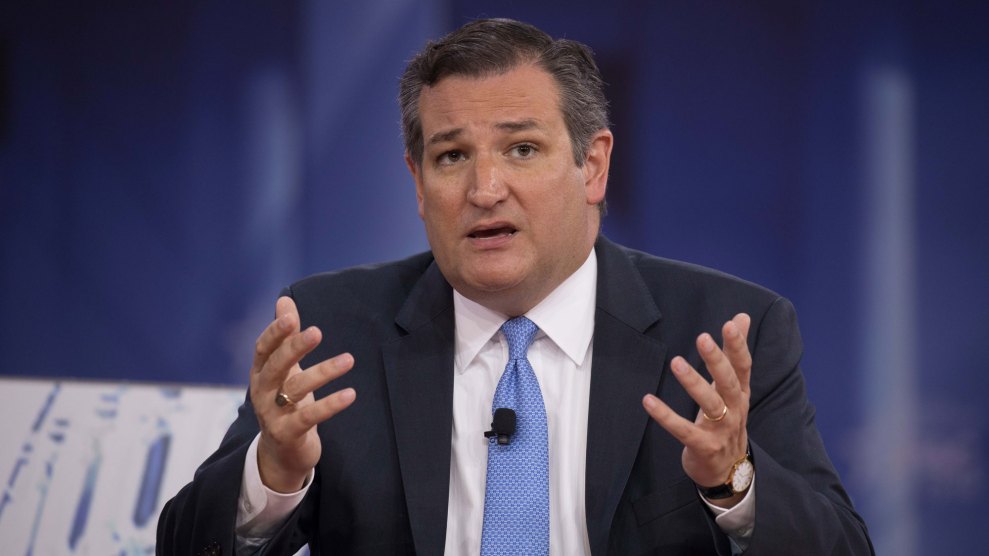 Texas Democratic Senate candidate Beto O’Rourke has more cash on hand than Republican Sen. Ted Cruz, an army of small-dollar donors, and a penchant for drawing big crowds for everything from 5 a.m. jogs to small-town meet-and-greets. But in a state where Democrats haven’t won a statewide election since 1996, does the El Paso congressman actually have a shot at knocking off Cruz?

A new poll from Quinnipiac suggests it’s not as far-fetched as it once seemed. The Connecticut-based pollster has O’Rourke just three points back, and within the margin of error at 47–44:

Beto O’Rourke is within the margin of error of Ted Cruz in the Texas senate race.

It’s one poll, and it’s still early. (A earlier survey from PPP had Cruz up by eight percent.) But something strange is happening in Texas this year, and O’Rourke shows no signs of going away quietly.