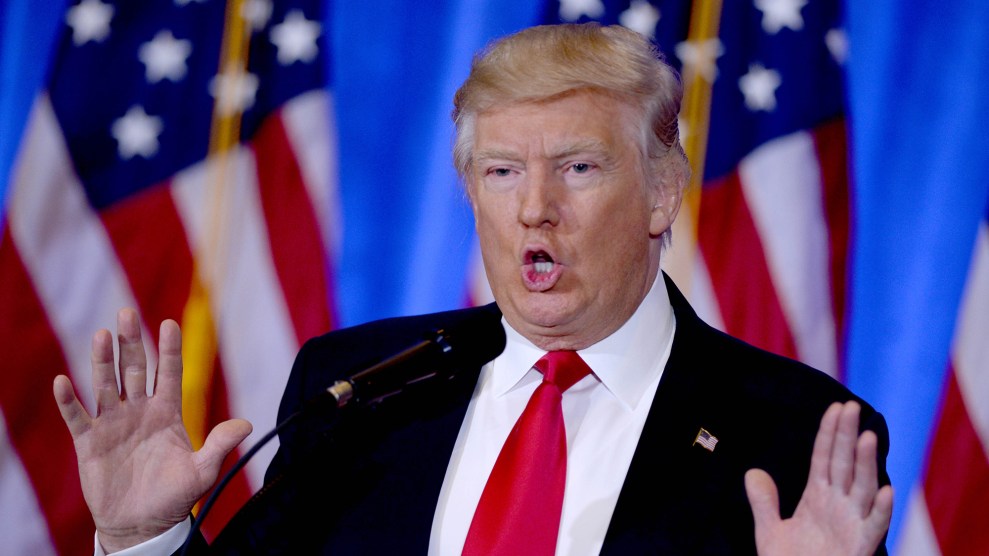 While several former presidents were en route to attend the funeral service of former first lady Barbara Bush on Saturday morning, President Donald Trump was tweeting insults at reporters and heading to the golf course.

Trump took to Twitter to bash the New York Times after the newspaper reported on Friday that his attorney Michael Cohen, whose office, hotel room, and home were recently raided as part of an investigation into his business dealings, might cooperate with federal prosecutors. The president referred to Times reporter Maggie Haberman, who recently won a Pulitzer for her reporting on the Trump team, as “a Crooked H flunkie who I don’t speak to,” though he has likely given more interviews to her than to any other journalist. He also described former aide Sam Nunberg, who told the Times that Cohen “holds leverage over Trump” now, as “a drunk/drugged up loser.”

….non-existent “sources” and a drunk/drugged up loser who hates Michael, a fine person with a wonderful family. Michael is a businessman for his own account/lawyer who I have always liked & respected. Most people will flip if the Government lets them out of trouble, even if….

….it means lying or making up stories. Sorry, I don’t see Michael doing that despite the horrible Witch Hunt and the dishonest media!

Haberman responded to the tweets:

A few things – Trump is referring to @NunbergSam in his tweet. He’s too aware of what Stone could do to him to be that direct. Also, Trump has been abusive to all his staffers at various points, but continues to greet @CLewandowski_ better than most https://t.co/coxNMRVCUl

Meanwhile, four of the five living former presidents, including Barack Obama, George W. Bush, Bill Clinton, and George Bush, were expected to join about 1,500 other guests in Houston to pay their respects at the funeral service for Barbara Bush, who died on Tuesday at the age of 92. First lady Melania Trump is also expected to be in attendance. On Friday, the White House said Trump would not join the event because he didn’t want his heightened security presence to cause “disruptions” to the service. Haberman tweeted that Trump would not be in attendance because the Bush family did not want him there.

Having @potus there was not something the Bushes wanted. https://t.co/McfSGObvjC

Reporters in the president’s motorcade pool said Trump was heading to the golf course around 8 a.m. He tweeted that his “thoughts and prayers are with the entire Bush family” and later returned to Mar-a-Lago to watch the service on television.

Heading to the Southern White House to watch the Funeral Service of Barbara Bush. First Lady Melania has arrived in Houston to pay our respects. Will be a beautiful day!