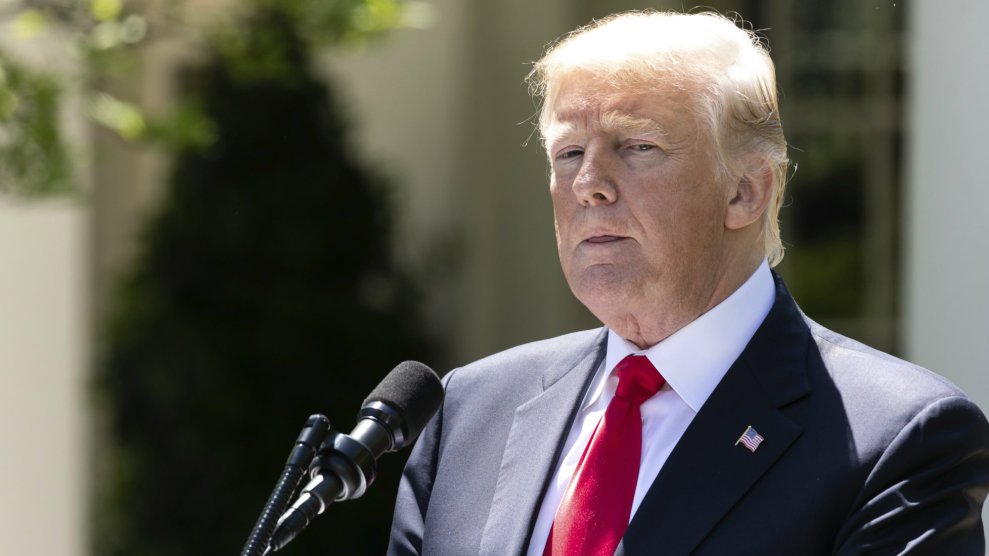 According to a new report from the Guardian, Trump aides hired an Israeli private intelligence firm to coordinate a “dirty ops” campaign against former Obama staffers who helped negotiate the Iran nuclear deal.

The alleged plan was to discredit the agreement, which the president has called the “worst deal ever,” by digging up dirt on Ben Rhodes, one of President Obama’s national security advisers, and Colin Kahl, who was Vice President Biden’s national security adviser. Investigators were supposedly told to look at their personal lives and any involvement with Iran-friendly lobbyists. They were also told to contact journalists who supported the deal to see if Rhodes or Kahl told them any sensitive information.

“I was not aware [of the campaign], though sadly am not surprised,” Rhodes told the Guardian. “I would say that digging up dirt on someone for carrying out their professional responsibilities in their positions as White House officials is a chillingly authoritarian thing to do.”

It’s unclear how much work was done to carry out the plan, but after the Guardian story published, Kahl tweeted about an incident last year in which a supposed “socially responsible private equity” firm contacted his wife while she was serving on the fundraising committee at their child’s elementary school in Washington, D.C.

Last year, my wife was serving on the fundraising committee of my daughter's public charter school in DC. One day, out of the blue, she received an email from someone claiming to represent a socially responsible private equity firm in the UK. 2/10

My wife shared the email with me and a few people we know in both the finance and education fields. All agreed that the entire scenario seemed implausible and seemed like an approach by a foreign intelligence entity. 6/10

This seems eerily similar to the tactics used by operatives trying to silence Harvey Weinstein’s accusers. That might not be a coincidence:

The Guardian report comes just days before Trump’s May 12 deadline by which he’s said he’ll make a decision on whether to stay in the Iran nuclear deal. It also follows a recent, very public attempt by Israeli Prime Minister Benjamin Netanyahu to discredit the deal—and potentially provide Trump cover should he choose to pull out of it.