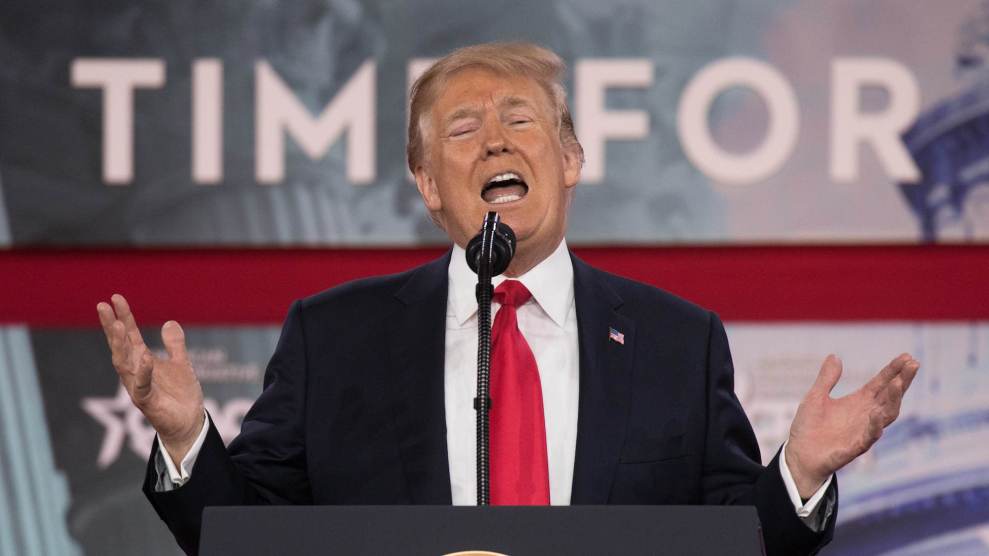 Back in early April, China’s government sent a ripple of panic through the American Midwest by announcing plans to slap a 25 percent tariff on US-grown soybeans in response to President Donald Trump’s threatened levy on Chinese steel. While these tit-for-tat tariffs remain theoretical, China has embarked on a real-world attack on the US farm belt—it has quietly stopped buying US soybeans, Bloomberg reports, citing US-based grain-trading giant Bunge.

“Whatever they’re buying is non-U.S.,” Bunge Ltd. Chief Executive Officer Soren Schroder said in a telephone interview Wednesday. “They’re buying beans in Canada, in Brazil, mostly Brazil, but very deliberately not buying anything from the U.S.”

“How long that will last, who knows?” Schroder told Bloomberg, adding that the de facto boycott is “likely to continue” as long as Trump’s steel tariff threat looms. If China maintains the blockade through the fall harvest, it will be a tough row to hoe for the GOP in the November midterm elections. Here’s Bloomberg‘s Joshua Green:

I found a remarkable stat on how badly Trump supporters get hurt in a trade war if China retaliates with soy tariffs as threatened. Of the 30 House districts most reliant on soybeans, GOP reps 25 + Dems 5 — but all 30 districts voted for Trump in '16 (https://t.co/qbb1O0qRI3) pic.twitter.com/hwVKxuOAvq

US soybean growers rely heavily on foreign markets—they typically export about half the crop, and China is by far the biggest foreign buyer. In 2016, the nation bought $14.2 billion worth of US soybeans, representing more than 60 percent of foreign sales. Meanwhile, US soybean farmers are already sitting on a record surplus of unsold beans from last year’s bumper harvest in the middle of a multiyear slump in prices.

The soybean ice-out isn’t the first time China has slammed the US heartland while reacting to Trump’s saber-rattling on the subject of steel. In mid-April, th nation imposed a 179 percent tariff on US-grown sorghum, putting the brakes on a nearly $1 billion market for farmers in two deep-red states, Texas and Kansas.

The effect was immediate. “Several ships carrying cargoes of sorghum from the United States to China have changed course since Beijing slapped hefty anti-dumping deposits on U.S. imports of the grain,” Reuters reported on April 19.

Presumably, Trump initiated this trade feud in hopes that China would back down, giving him a victory he could brandish ahead of the mid-term elections. So far, his plan is backfiring.