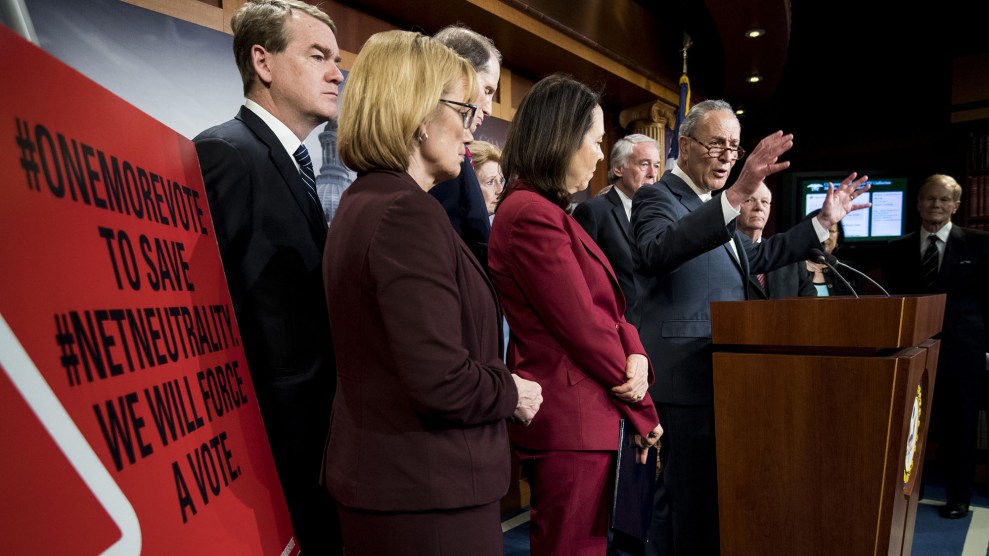 The vote was brought forward by Sen. Ed Markey (D-Mass.) and other Democrats under the Congressional Review Act, which allows Congress to review or roll back regulatory rules within 60 legislative days. The FCC’s rollback of net neutrality rules is set to go into effect June 11.

Actually overturning the FCC rules remains a long shot, however, because the House must also vote on the resolution, and the measure would then need final approval from President Trump. Both outcomes are unlikely. But the high-profile vote may have a stronger effect on midterm elections, as Democratic lawmakers attempt to position themselves as supporters of net neutrality.

The FCC’s decision to repeal net neutrality rules has met staunch opposition. In January, 23 attorneys general filed a lawsuit against the FCC over the repeal, amid numerous other lawsuits from other groups. Several states, including Washington, Montana, and New York have passed laws preserving the rules in their state. Net neutrality principles mandated that internet service providers treat all content the same, and prevented them from creating “paid prioritization” or so-called “fast lanes” for certain services. Critics say that repealing the rules will increase costs for consumers, and make it more difficult for small businesses to compete with larger companies. Proponents of the repeal have argued that the rules are an overreach by the government that discourages innovation.