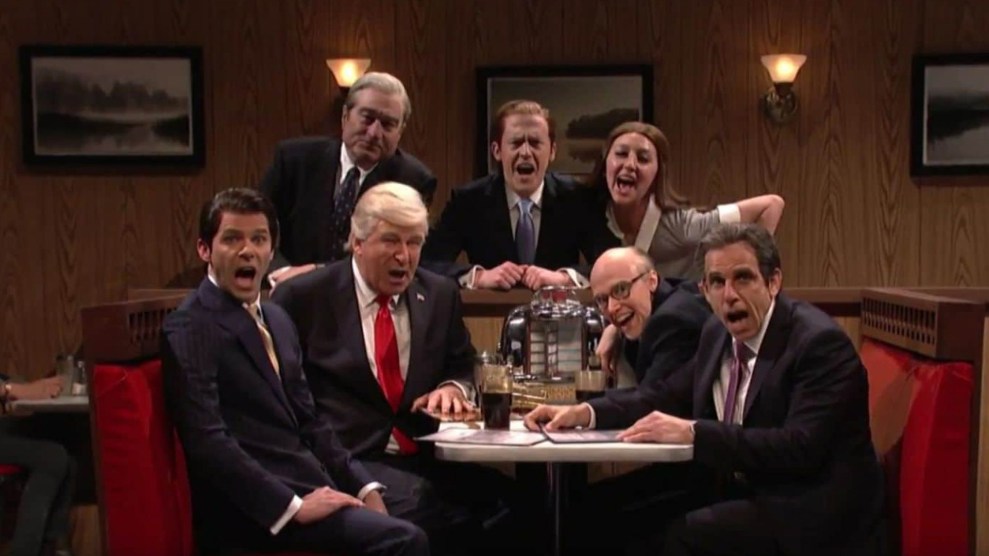 If we can speak frankly for a moment, Saturday Night Live‘s political sketches can be a bit heavy-handed. A famous actor wears a wig and makes the same joke you saw on Twitter three days ago—over and over again, for five minutes. We get it! But sometimes they bring in lots of famous actors around a pretty fun concept, and it works. Or at least, Kate McKinnon’s wild-eyed, slightly-lisping Rudy Giuliani works.