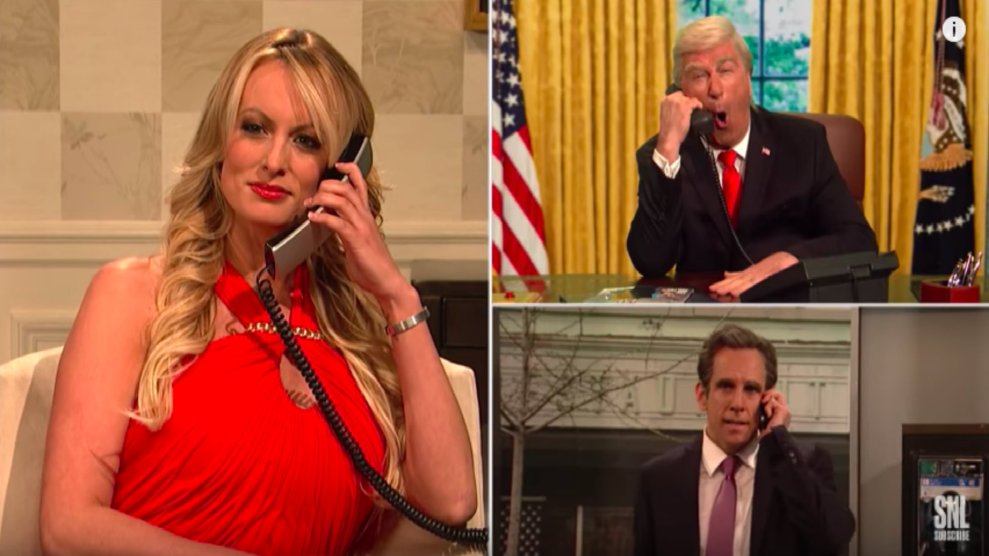 The real draw though was Stormy Daniels in the flesh—playing, of course, herself.

The adult actress, who claims she had an affair with Trump in 2006, appears at the end of the skit when Cohen calls her at Trump’s request. Alec Baldwin reprises his role as the president and asks Daniels what he can do to end the scandal “once and for all.”

Daniels gets the last word.