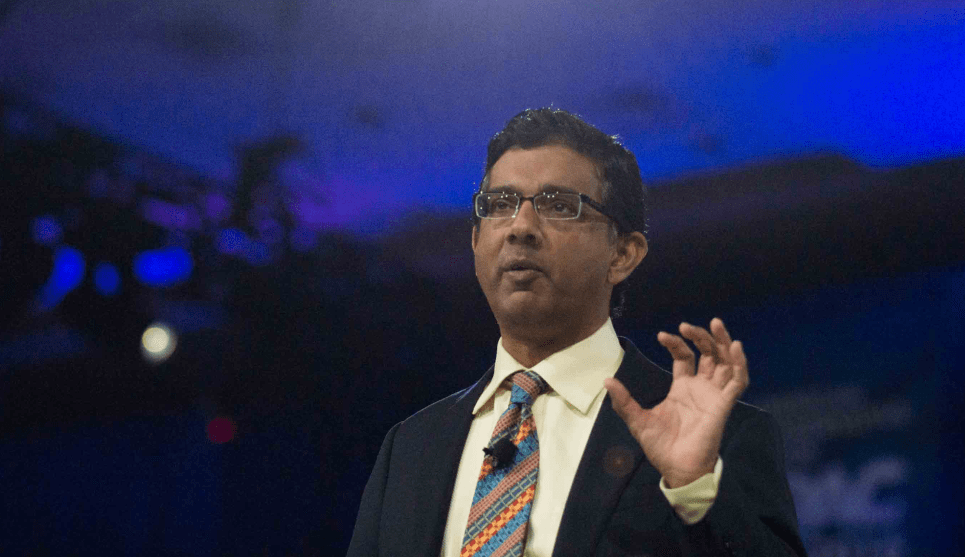 In a surprise announcement, President Donald Trump said over Twitter that he would pardon right-wing commentator Dinesh D’Souza, who pleaded guilty to making illegal campaign contributions back in 2014. He claimed in a tweet Thursday morning that D’Souza had been “treated very unfairly” by the government.

Will be giving a Full Pardon to Dinesh D’Souza today. He was treated very unfairly by our government!

D’Souza has a long record of promoting far-right, racist conspiracy theories. His extremism traces back to his time as an editor of the Dartmouth Review, where he routinely outed gay classmates. From Mother Jones‘ David Corn:

Much of what D’Souza did in college as a rising conservative star foreshadowed the career of ideological nastiness to come. But relishing the outing of gay students (and at that luncheon there was much relishing) and engaging in dirty tricks to obtain those names—well, that speaks not to ideology, but character. And it is but one reason, even if now dusty, why D’Souza warrants little sympathy for being accused of once again breaking the rules to serve his ideological aims.

Some speculated that Trump’s announcement might be intended to show how he could use the pardon power in possible future cases related to his longtime personal attorney Michael Cohen and others.

Today’s pardon yet another signal to Michael Cohen and others about the possibility of a Trump pardon—-and this one, like potentially Cohen’s case—involves campaign finance violations https://t.co/XUPUORB2EZ