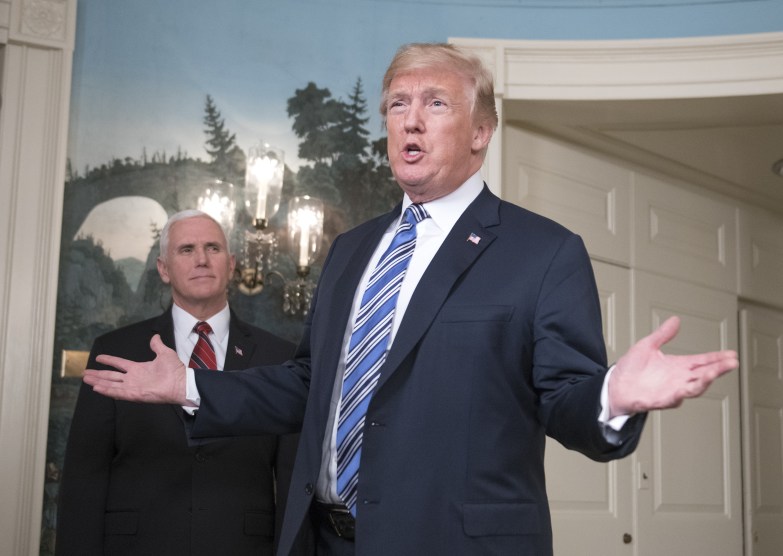 Q    Sarah, the President has been a big supporter of Roseanne Barr.  What is his and the White House’s reaction to her comments today and to ABC’s decision to cancel her show?

MS. SANDERS:  Look, as you know, the President has been extremely focused, as I just walked through the things going on with the upcoming summit.  And the President is focused on North Korea.  He’s focused on trade deals.  And he’s focused on rebuilding our military, the economy.  And that’s what he’s spending his time on; not responding to other things.

Q    Because he’s been focused on that show before.  I mean, he called her after the show did really well.  Does he have a reaction to what she said?

MS. SANDERS:  Again, the President spent his day focused on dealing with the things going on with North Korea, trade rollout this morning.  A lot of activity going on at the White House that the President has been focused on.

Q    Does he think the show should have been cancelled?

Bob Iger of ABC called Valerie Jarrett to let her know that “ABC does not tolerate comments like those” made by Roseanne Barr. Gee, he never called President Donald J. Trump to apologize for the HORRIBLE statements made and said about me on ABC. Maybe I just didn’t get the call?

Guess that North Korea situation is over!