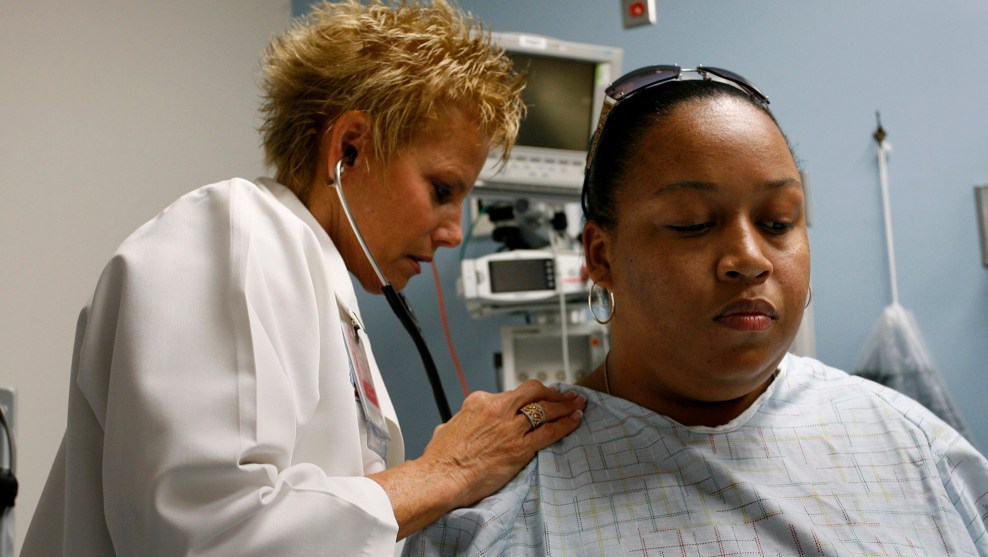 A Florida woman goes in for a medical exam. Skip O'Rourke/Tampa Bay Times/ZUMApress.com

On Friday afternoon, a federal judge put a halt to Kentucky Gov. Matt Bevin’s (R) plan to impose work requirements for Medicaid recipients. The ruling comes in response to a lawsuit brought by 15 Kentucky residents enrolled in Medicaid who contested the work requirement, claiming it would “relegate them to second-class status within Medicaid.”

In his opinion on the case, Judge James E. Boasberg, an Obama nominee, explained that, “Such review reveals that the [HHS] Secretary never adequately considered whether Kentucky HEALTH would in fact help the state furnish medical assistance to its citizens, a central objective of Medicaid. This signal omission renders his determination arbitrary and capricious.” Boasberg also stated that the new laws “primarily (though not exclusively)” targeted citizens to whom benefits were extended to under the Affordable Care Act.

Despite the ruling, Kentuckians aren’t out of the clear yet.  In a January executive order, Bevin wrote that if any component of the work requirement waiver is blocked, state officials had six months to end the Medicaid expansion program, a provision of Obamacare that allows anyone up to 138 percent of the poverty line to gain insurance through Medicaid. According to the Kaiser Family Foundation, enrollment in Medicaid more than doubled in Kentucky after the ACA, and rolling back expanded coverage could leave more than 600,000 residents without insurance.

While Friday’s ruling does not directly challenge a January decision by the Centers for Medicare and Medicaid Services (CMS)  to allow states to impose work requirements, it does provide a precedent for legal challenges in other states. In June, the governors of both Virginia and Michigan signed legislation to add work requirements to their state’s Medicaid programs, but neither have submitted their proposal to CMS.