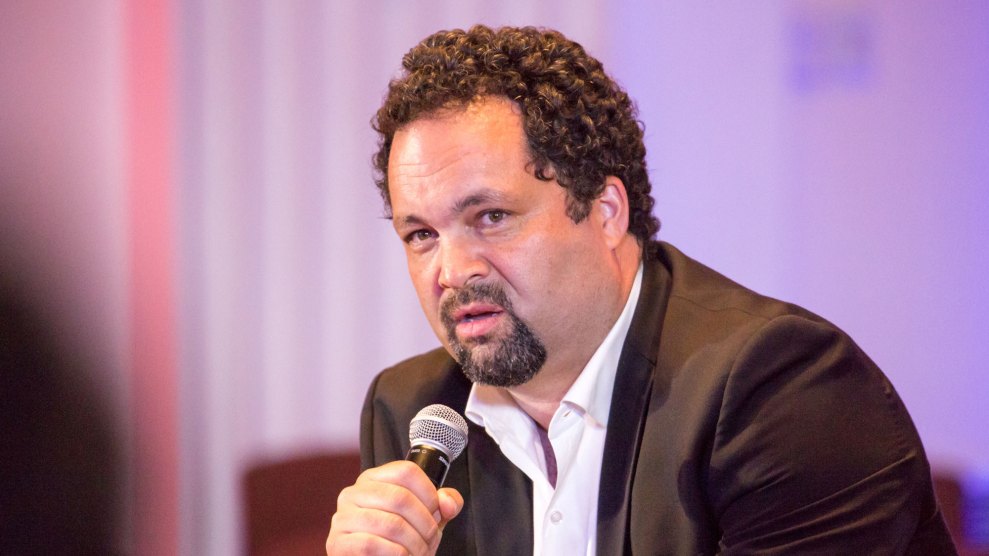 When I first spoke last summer with Ben Jealous, the former NAACP president who is seeking the Democratic nomination for governor of Maryland, he laid out his path to victory in clear, statistical terms. “My path is basically the two communities that I’ve spent my career, the black community and black and brown communities, and the progressive community,” he said. “Black voters, we’re 45 percent of the Democratic primary, Bernie voters are 36 percent, and yet only 20 percent of black voters voted for Bernie. So that leaves us with, I don’t know, probably 65 percent or so? So that’s that.”

It hasn’t worked out so simply. The field ballooned from three candidates to seven and Jealous lagged behind in the polls for months even as he raked in high-profile endorsements (from Sens. Cory Booker, Kamala Harris, and Bernie Sanders) and fundraising dollars. But Jealous has crept upwards over the final weeks of the race. Depending on which polls you trust heading into Tuesday’s primary, he’s either a few points up or a few points behind Prince George’s County executive Rushern Baker for the nomination. Baker, who has a base of support in one of the state’s most populous Democratic counties, is running on a noticeably more moderate platform than Jealous, who is pushing a statewide universal health care program and free college tuition for certain professions, such as nurses and teachers.

Whoever wins the primary will have their work cut out against Gov. Larry Hogan, an anti-Trump Republican who boasts an approval rating of 60 percent among Democratic voters. But Jealous’ race is worth watching on Tuesday (and perhaps beyond) not just because both he and Baker are vying to be only the third African-American ever elected governor in the United States, but because of the delicate political balancing act Jealous is trying to pull off.

A longtime admirer of Jesse Jackson, Jealous is trying to do something that progressive insurgencies have struggled at over the last few decades—build a populist rainbow coalition that can win elections. His background at the NAACP, with the Sanders campaign, and as a venture capitalist make him an interesting fit for the party right now. As I reported in a profile of Jealous last winter:

A defining lesson of the Sanders campaign was that you could run as an openly socialist candidate and many people wouldn’t care. That’s meaningful. It is already shifting the boundaries of debate within the Democratic Party considerably to the left. But the takeaway wasn’t that the only way to energize progressives was to run a socialist candidate. If Jealous, at the crest of Sanders’ second wave, can take down a popular Republican incumbent, it might offer a lesson for how other Democrats can assemble their own coalitions, to harness frustrated, shut-out working-class voices under a populist banner. Van Jones, who has known Jealous since they worked in college with the AIDS activist group ACT UP to protest President Bill Clinton’s ban of Haitian refugees, compares the campaign in Maryland to Deval Patrick’s 2006 gubernatorial run in Massachusetts. “Every single theme that he hit wound up being almost a carbon copy for the Obama campaign in 2008,” Jones says. “You could have another Deval Patrick effect, where in the middle of the Bush horror, somebody kind of figured out a pathway and pattern.”

Those are pretty heady expectations for a first-time candidate in a difficult campaign, and it’s very possible it’ll all amount to nothing. But the problem Jealous is trying to tackle, of how to talk about race and class in a way that keeps everyone on board, is a pretty fundamental one that’s become all the more pressing in the age of Trump. You can read the full profile here.