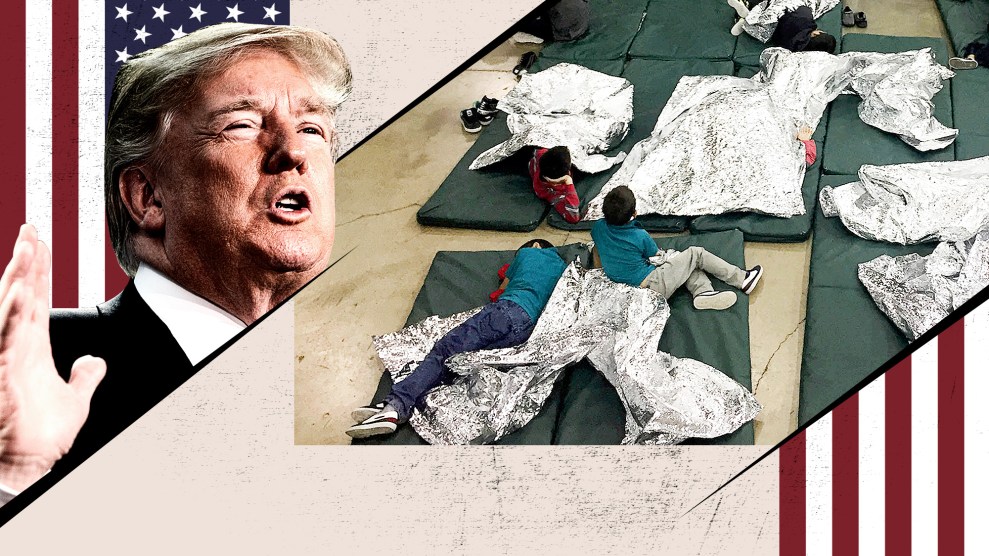 “We strongly urge the U.S. government to reconsider this policy,” Mexican Foreign Minister Luis Videgaray said Tuesday, urging federal authorities to implement measures to alleviate the traumatic conditions of some 2,000 children held in U.S. facilities without their parents. He called the Trump administration policies “cruel and inhumane.”

But please continue reading, because it gets worse:

“There’s one particular heartbreaking case,” Mr. Videgaray said, referring to a ten-year-old girl with [Down] syndrome who was recently separated from her mother and 10-year old brother as they attempted to enter the U.S. The girl was sent to a facility in McAllen, while her mother was sent to Brownsville.

“We are working to release the girl, so she can reunite with her father,” who is a legal U.S. resident, Mr. Videgaray added.

The United States is a shining city on a hill that if you approach will kidnap your disabled child and detain her an hour away.

Update, June 20, 2018: US Customs and Border Protection released a statement about the case on Wednesday, saying that the mother of the 10-year-old with Down syndrome was separated from her daughter because she is a witness in a smuggling prosecution.