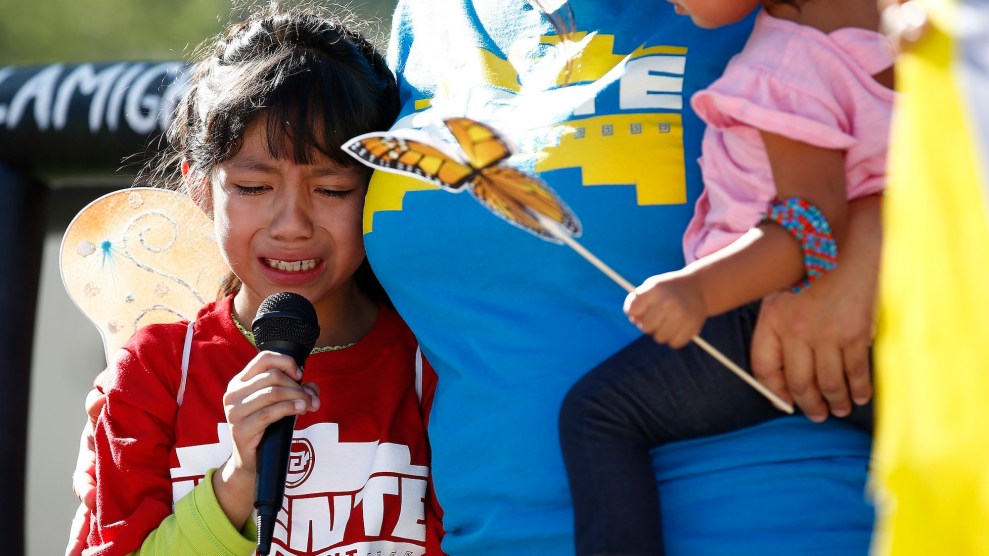 Akemi Vargas, 8, cries as she talks about being separated from her father at a family separation protest on Monday in Phoenix.Ross D. Franklin/AP

The Trump administration separated 2,342 children from 2,206 parents along the US-Mexico border between May 5 and June 9. That means an average of about 65 children per day were separated from their parents under the zero-tolerance initiative that Attorney General Jeff Sessions and Homeland Security Secretary Kirstjen Nielsen unveiled in May.

The Trump administration announced on Friday that 1,995 children were separated from their parents between April 19 and May 31, or 47 per children per day. As Vox reports, that included about two weeks when the zero-tolerance policy was not in full effect. The new data, which was announced on a Trump administration press call, shows that children are being separated more quickly now that the initiative has ramped up.

The zero-tolerance policy separates families by prosecuting parents and other border-crossers for entering the United States without authorization. Their children are then classified as “unaccompanied minors” and are transferred to the Department of Health and Human Services’ Office of Refugee Resettlement.

Steven Wagner, a Trump appointee at HHS, said on Tuesday, “I don’t know how many separated kids have been placed or reunited with parents.” The Trump administration is currently fighting a lawsuit brought by the American Civil Liberties Union that would require families to be reunited after they are separated during criminal proceedings.