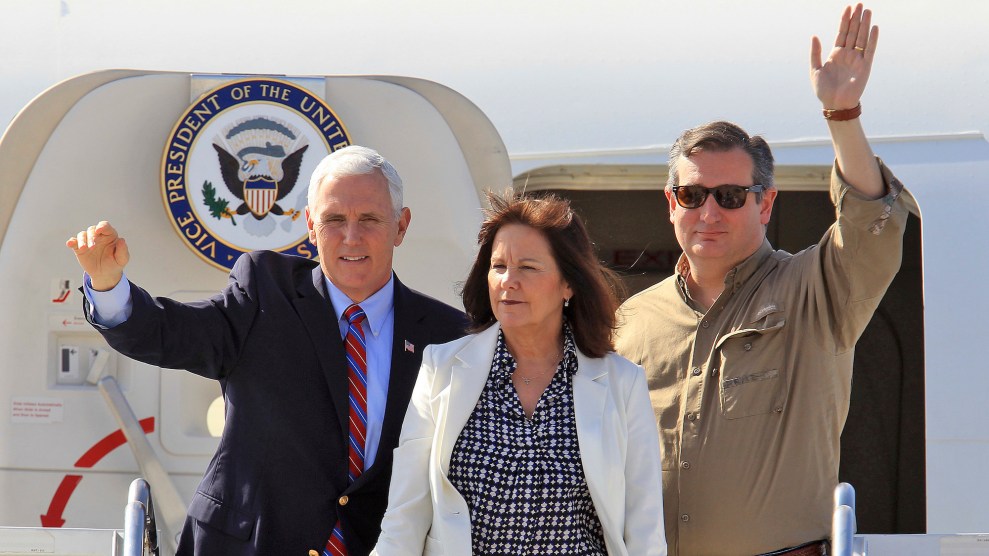 Last week, Sen. Ted Cruz (R-Texas) defended President Donald Trump’s policy of forcibly separating families at the border. On Monday, Cruz announced that he was introducing a bill to end family separation. There’s plenty of reason to be skeptical.

Cruz’s proposal is not what immigrant advocates have in mind when they call for ending family separation. Instead, it aligns with policies the Trump administration has long pushed, starting well before Attorney General Jeff Sessions announced the zero-tolerance initiative that is causing the separation crisis.

The text of the Protect Kids and Parents Act is not yet available, but Cruz’s office released an outline on Monday with the basic contours of the proposal. It’s not clear whether the bill would actually end family separation, because the outline does not address the federal prosecutions under Sessions’ initiative that have caused parents and children to be separated.

The plan does call for parents and children to be detained together, at least if there’s not an ongoing prosecution. But it also calls for scheduling their asylum hearings within two weeks of their arrival—leaving them little time to find lawyers and build their cases. And if the plan is not able to stick to that ambitious timeline, it could cause families to be detained indefinitely, a reversal from current legal requirements that bar indefinite detention of children.

In essence, Cruz is using the outrage over family separation to push reforms that the Trump administration has long wanted. Not surprisingly, the White House is not writing off the bill, even though it rejected previous efforts to pass a standalone family separation bill.

To be clear, no congressional action is needed to stop family separations. The Justice Department acknowledges that it is choosing to prosecute parents for crossing the border without authorization, a move that separates families by placing parents in criminal proceedings. Their children then become “unaccompanied minors” and are transferred to shelters overseen by the Department of Health and Human Service’s Office of Refugee Resettlement.

Cruz’s bill has four planks. One mandates that families be detained together while their immigration cases proceed. Another calls for authorizing new temporary shelters where the families will be held. The Trump administration has also been pushing to detain families together. The problem is that Trump wants to be able to detain them indefinitely, but he can’t, following a 2015 court decision that requires children to be quickly released from detention facilities. It is unclear if Cruz’s bill would overturn the court decision and the 1997 agreement, known as the Flores settlement, that the ruling is based on.

A third plank of Cruz’s bill would fast-track asylum cases sothat  they are decided within two weeks. (The administration already has a goal of adjudicating all new asylum claims within three weeks.) In theory, that would render moot the current 20-day limit for detaining children, although it would require a huge increase in the rate at which these cases are decided. The final plank calls for doubling the number of immigration judges to quickly process the cases—another Trump administration proposal. (Trump contradicted his administration’s position on Tuesday, saying, “I don’t want judges. I want border security.”)

The assembly-line adjudication of asylum claims raises a number of concerns about whether people fleeing persecution will get a fair hearing in immigration court. It would be very hard, if not impossible, for many asylum seekers to find a lawyer within days of being placed in immigration detention facilities. Without a lawyer, their chances of winning asylum cases decline dramatically. And asylum seekers often don’t arrive at the border with all the documents they need to convince a judge they deserve protection. As Mother Jones reported last year:

David Bier, an immigration policy analyst at the libertarian Cato Institute, believes it’s “absurd” to expect asylum seekers to be able to prove their claims soon after they arrive. “Many asylees have to flee under cover of darkness or swim through streams to escape their persecutors,” he wrote in July. “They often set out without any concept of where they will end up, let alone with documentary evidence in their pockets.”

The outline of the bill does not explicitly call for overturning the Flores settlement agreement, which Cruz has inaccurately said bars the government from detaining families together.

Last week, Cruz took a tough line when a Texas radio station asked him about family separations. When a person is charged with a crime, he said, “you’re separated from your children, you’re put in prison. If you’re the only caregiver for that child, then you’ve got to find alternative care for those children.” The family separation issue had largely been “constructed” by the media, Cruz added.

One week later, after outrage over the forced separations reached new heights, Cruz took a softer stance. “All Americans are rightly horrified by the images we are seeing on the news, children in tears pulled away from their mothers and fathers,” he said in a press release announcing the bill on Monday. “This must stop.”