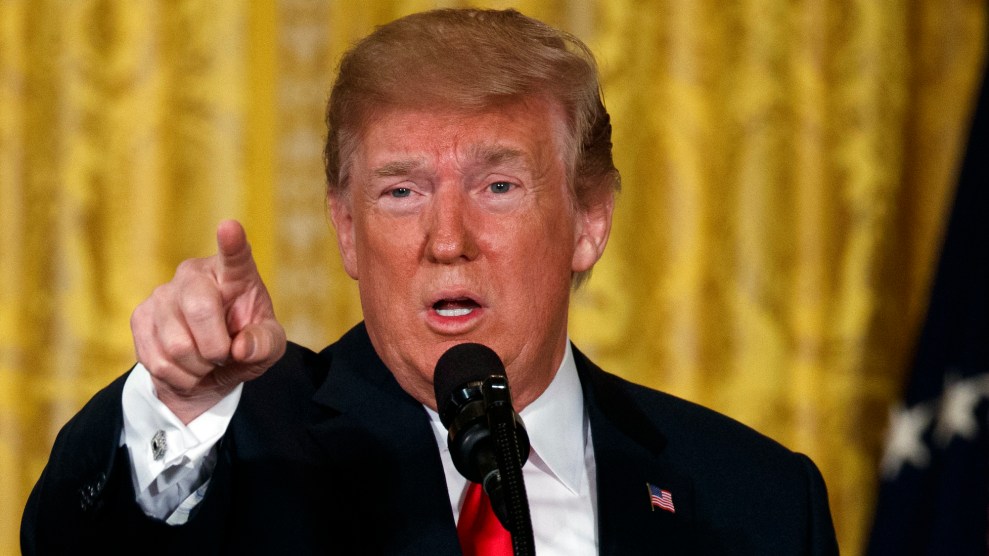 President Donald Trump doubled down Tuesday on claims that the widespread family separations taking place at the border are not his fault, and that the true blame lies with the Democrats.

In a tweetstorm, he alleged that Democrats “don’t care about crime” and allow “illegal immigrants to…infest our country.” Democrats refuse to act, he claims, because they see undocumented immigrants as “potential voters.”

Democrats are the problem. They don’t care about crime and want illegal immigrants, no matter how bad they may be, to pour into and infest our Country, like MS-13. They can’t win on their terrible policies, so they view them as potential voters!

As his administration continues to come under pressure from human rights advocates, Democrats, and a growing number of Republicans to put an end to the family separations, the president insists that only Congress can fix the situation.

#CHANGETHELAWS Now is the best opportunity ever for Congress to change the ridiculous and obsolete laws on immigration. Get it done, always keeping in mind that we must have strong border security.

His tweets reiterated arguments made by Secretary of Homeland Security Kirstjen Nielsen, who said in her press briefing on Monday afternoon that most children coming into the country are not accompanied by their parents.

He also continued his bizarre line of attack on Germany, claiming that officials were lying about the country’s crime statistics.

Crime in Germany is up 10% plus (officials do not want to report these crimes) since migrants were accepted. Others countries are even worse. Be smart America!

German officials have reported that crime was at a 25-year low in the country, according to May figures.