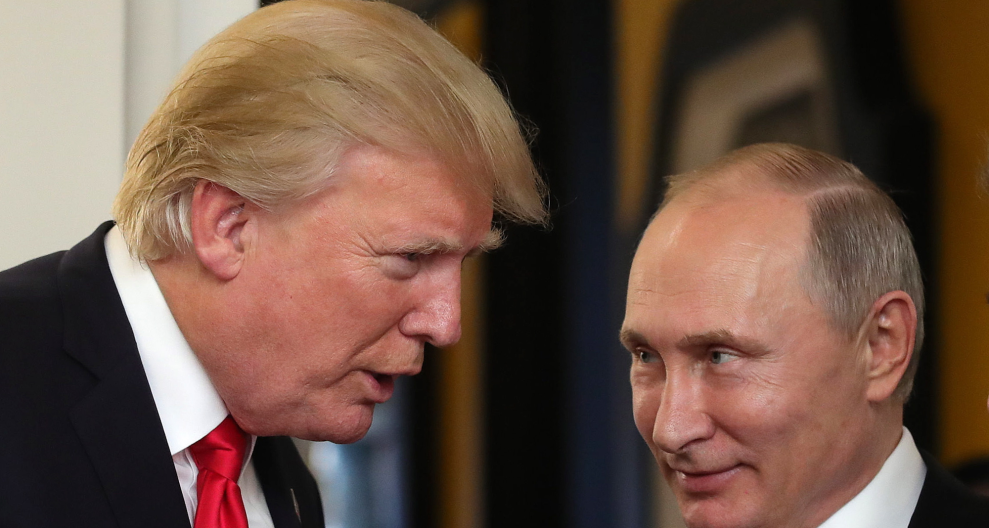 On Thursday, the White House announced that President Donald Trump will meet with Russian President Vladimir Putin in Helsinki, Finland, next month for their first bilateral summit. “The two leaders will discuss relations between the United States and Russia and a range of national security issues,” press secretary Sarah Huckabee Sanders said in a brief statement.

It’s unlikely, however, that the subject of Russian meddling in US elections will be included in the summit’s agenda.

Moments before the July 16 meeting was confirmed, Trump on Thursday continued to cast doubt over US intelligence agencies’ definitive assessment that Russia interfered in the 2016 presidential election to help defeat his opponent, Hillary Clinton. In addition to accepting Russia’s denial, Trump repeated his long-standing attacks against Clinton and James Comey (nearly 600 days since the US election took place) and the ongoing investigations into Russian interference.

The announcement of the meeting comes just weeks after Trump stunned US allies by calling on Russia to be readmitted to the G-7. On the same day, Director of National Intelligence Dan Coats confirmed that Russia continues to pose a serious threat to the fast-approaching midterm elections.

The July 16 meeting will take place after the July 11 NATO summit in Brussels.