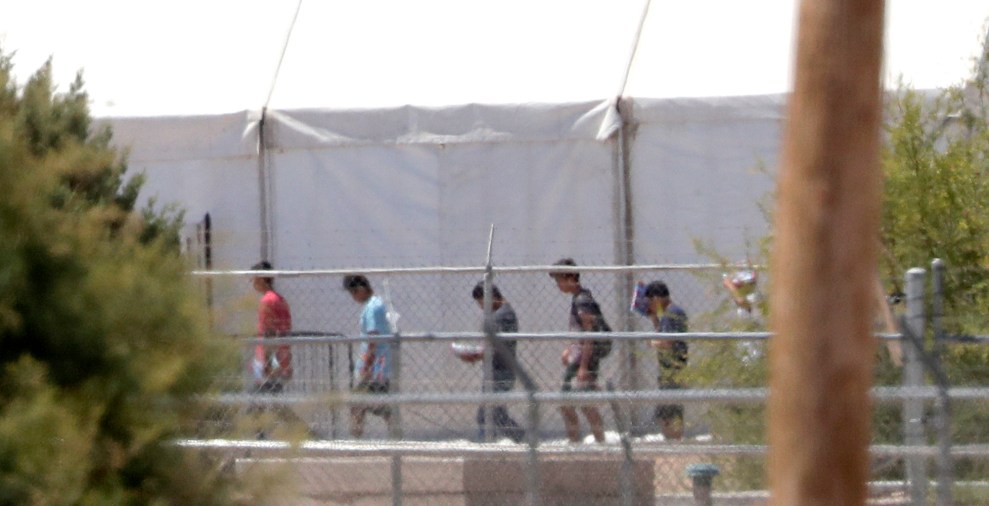 After more than 50 days apart, a migrant father known in legal documents as “F.G.,” was reunited with his 17-year-old son in Texas on Wednesday. Guards loaded them onto a bus, where they were told they would be taken to a shelter. But eight minutes down the road, the bus turned around.

When they pulled back into the El Paso Service Processing Center, uniformed officials allegedly distributed forms for the parents on the bus to sign that meant they agreed to be deported with their children. When F.G. refused, he was removed from the bus and separated from his son a second time.

That’s according to a heartbreaking declaration filed by F.G.’s pro-bono lawyer Saturday night as part of the class-action lawsuit overseeing the government’s attempt to reunify the more than 2,500 families separated at the border this year. According to the declaration, F.G. was not alone: At least four fathers were reunited briefly with their kids, but were separated again when they refused to sign the forms, which gave them three “choices”: agree to be deported with their children, agree to allow their child to stay in the United States if the parent lost their immigration case, or talk to a lawyer before deciding. According to the lawyer, Laila Arand, F.G. and other fathers say the first option on their forms was pre-selected in ink.

Dara Lind at Vox got a response to the allegations from a Department of Homeland Security official:

“Asking parents in ICE custody, who are subject to a final order of removal, to make a decision about being removed with or without their children, is part of long-standing policy,” the official said. “ICE does not interfere in the parent’s decision to allow the child to remain in the U.S. to pursue his or her own legal claim.”

But Saturday night’s filing offers evidence of ICE agents doing just that. Either all four parents who spoke to the lawyer are lying, or the lawyer’s declaration shows that the choice isn’t always being freely offered — and that parents who select the second option are having their children summarily taken from them, with no chance to say goodbye, for the second time in a matter of months.

As for F.G., after he was separated from his son for the second time, “he then asked if he could at least go back to the bus to retrieve his belongings from the storage area underneath the bus, and was told he could do so quickly,” Arand wrote. “When he went to the bus to do so, his son attempted to come outside the bus to see him, but was unable to do so…He watched the bus depart with his son on board.”

According to the declaration, F.G. was kept in El Paso for two nights before being returned to an immigration detention detention center in New Mexico, where he remained as of Friday.

Read the story of the fathers here: