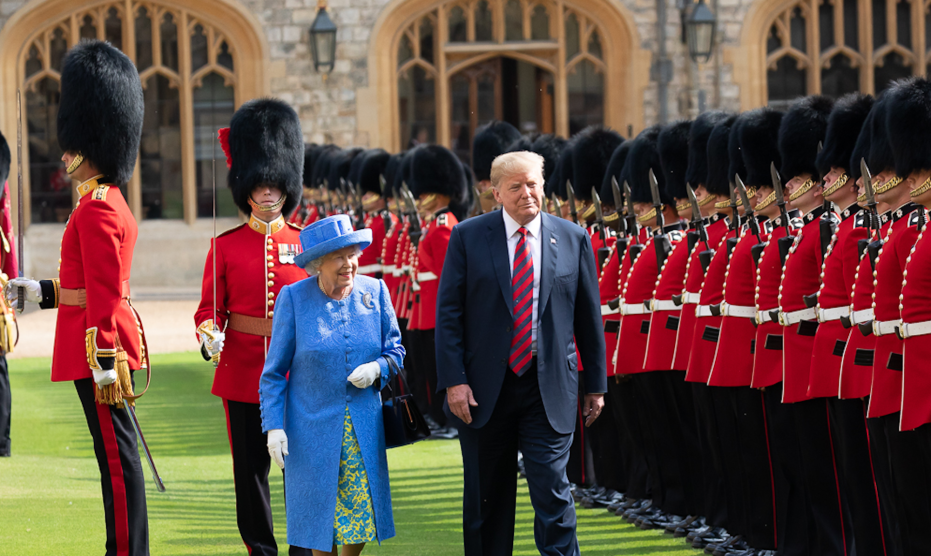 Was Queen Elizabeth hoping to reveal her preference for a certain American president during President Donald Trump’s visit to the United Kingdom last week? If the jury were to rely on social media, the answer would be a resounding yes.

Thanks to expert observers of the royal family’s wardrobe and accessories, speculation currently abounds over whether the queen intentionally chose to wear a brooch that was given to her by the Obamas during their state visit back in 2011 in order to quietly knock her guest of honor during his recent visit to Great Britain. This was before his apparent difficulties in walking properly with the queen, which also sparked a media frenzy.

i know comments on trump's intelligence often veer into hyperbole but today the queen of england literally had to instruct trump on how to walk properlypic.twitter.com/ECRGmXQoQG

On the second day of Trump’s visit, the same expert eyes noticed the queen wearing another brooch gifted to her by Canada, a country whose leader Trump has criticized and whose trade relationship with the United States he has repeatedly attacked. The potential significance of the brooches comes amid rumors Princes Charles and William went out of their way to avoid meeting the American president.

While it’s highly unlikely the world will receive any official confirmation of the back-story behind the brooches, if true, the queen’s display would have certainly bested any effort by Melania Trump in her own sartorial choices to send sharp, political messages.