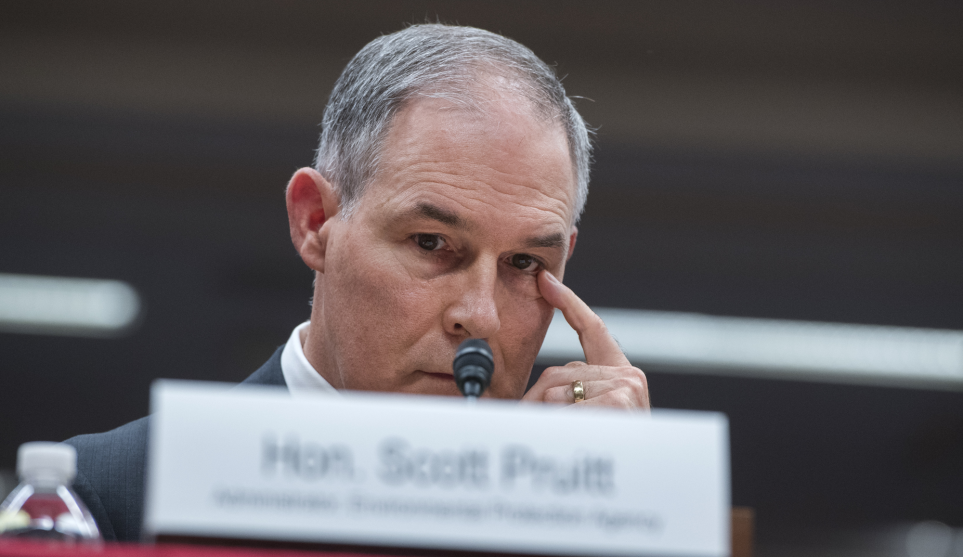 A new round of negative headlines is putting the spotlight on Scott Pruitt, the ethically challenged Environmental Protection Agency chief whose ever-expanding list of controversies has been one of the most consistent themes of the Trump administration.

On Monday, the Washington Post reported that Pruitt had pressured two of his top aides to help secure a $200,000 salary job for his wife, Marlyn Pruitt. This was only the most recent effort, after previous emails revealed that Pruitt had asked another aide to help his wife land a business deal with the fast-food chain, Chick-fil-A.

Despite these high-level attempts, Mrs. Pruitt remains without a full-time gig.

The same report on Monday also included details related to Pruitt’s controversial travel expenses, this time alleging Pruitt routinely failed to reimburse young assistants after telling them to put hotel reservations on their personal credit cards. Pruitt has already been dogged by his reputation for excessive personal frugality, despite a penchant for expensive, first-class travel on the taxpayer’s dime—a practice that has become the subject of multiple investigations.

Later on Tuesday, a former EPA official alleged to CNN that Pruitt deliberately concealed controversial meetings on his official calendar, which is open to the public. “We would have meetings on what we were going to take off on the official schedule,” Kevin Chmielewski, the former official, told CNN. “We had at one point three different schedules. One of them was one that no one else saw except three or four of us. It was a secret.”

Meanwhile, Politico reported that Pruitt has assigned one of his former super-PAC employees to manage the office that handles his FOIA requests.

Despite the near non-stop stream of negative reports, it remains unlikely that Pruitt will resign, or that the president will fire him. His critics can take comfort, however, that Pruitt’s 500th day in office on Monday involved a righteous confrontation from a schoolteacher urging him to step down.