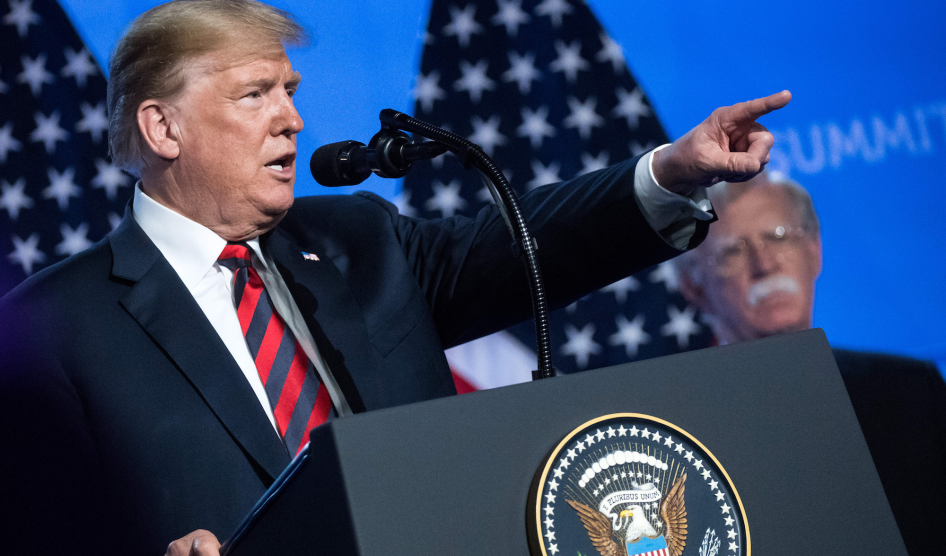 President Donald Trump struck a victorious tone after a tense NATO summit in Brussels, claiming in an unplanned news conference that he had convinced European allies to boost defense spending beyond previous targets.

“Everyone has agreed to substantially up their commitment,” Trump said on Thursday. “They’re going to up it at levels that they’ve never thought of before.”

That would be news, however, to French President Emmanuel Macron.

He also contradicted news reports that Trump threatened to pull the US out of the alliance, reports Trump refused to directly deny during on Thursday. “President Trump never at any moment, either in public or in private, threatened to withdraw from NATO,” Macron said.

Despite the contradictions, European leaders are likely welcoming the optimism about NATO that Trump displayed during his press conference. “I believe in NATO,” Trump said. “I think NATO is a very important, probably the greatest ever done.”

When asked if he would be tweeting differently about the alliance once he left Brussels, Trump said no. “Other people that do that. I’m very consistent. I’m a very stable genius.” The comment prompted laughter from reporters in the room.

Donald Trump is asked whether he'll be saying one thing at NATO and tweeting another after he departs.