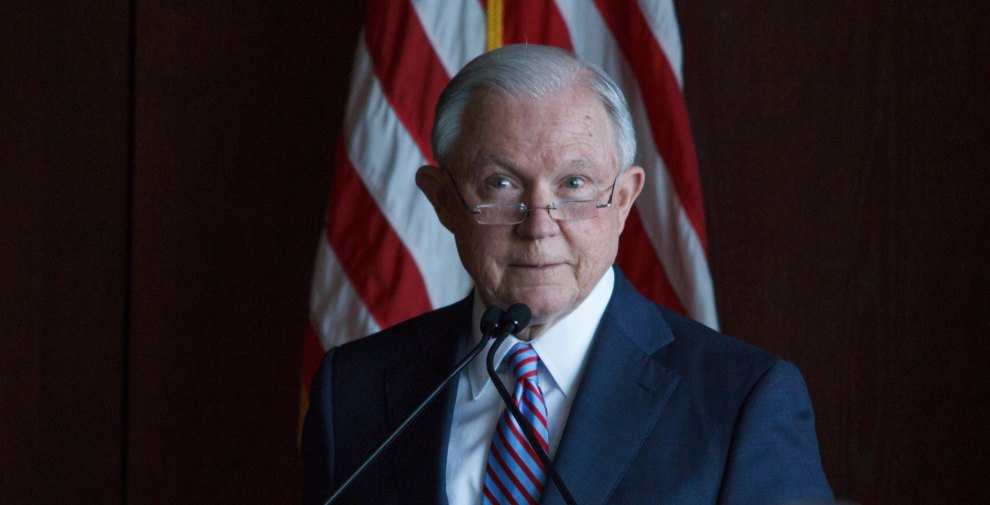 On Tuesday, the Trump administration reversed an Obama-era policy that encouraged schools to consider race in college admissions and student assignment in K-12 schools.

The Education and Justice departments pulled seven Obama-era guidances that laid out how schools could voluntarily promote diversity through admissions and school assignment. In addition to those guidances, the Justice Department pulled 17 other policy directives it deemed “unnecessary, outdated, inconsistent with existing law, or otherwise improper.” In a letter signed by the new Education Department civil rights chief, Kenneth Marcus, and acting assistant attorney general John Gore, both officials note that a review by the departments concluded that the Obama-era documents “advocate policy preferences and positions beyond the requirements of the Constitution, Title IV, and Title VI” and “prematurely decide, or appear to decide, whether particular actions violate the Constitution or federal law.”

The administration’s decision comes as a federal lawsuit questioning admissions policies moves forward against Harvard University by Students for Fair Admissions, a conservative-backed not-for-profit led by Edward Blum, who most recently challenged affirmative action at the Supreme Court level in Fisher v. University of Texas at Austin in 2016. In that case, the most recent legal precedent on the subject, the Supreme Court affirmed that the University of Texas, like other schools, can take race into account as a factor during the admissions process—a decision joined by Justice Anthony Kennedy. The new case, particularly with the recent retirement announcement of Justice Kennedy, puts that ruling in danger.

The Justice Department has already made clear its position on the matter, and back in November, the Wall Street Journal confirmed that the department had launched a probe into Harvard’s admissions policies after it received a civil rights complaint from a coalition of 60 Asian-American groups alleging bias from the university. In an April court filing, siding with Blum’s group, the Justice Department requested that Harvard disclose its records on its admissions practices publicly, a move that Harvard’s attorney William Lee called “perplexing.”

Just after the news Tuesday, I spoke to Anurima Bhargava, who led civil rights enforcement in schools at the Justice Department under President Barack Obama, about how this move changes the landscape and why she’s hopeful schools will still take race into consideration.

Mother Jones: What was the original intent of the guidances that the Trump administration rescinded today?

Anurima Bhargava: They were put together to explain how schools, colleges, and universities could promote diversity and address segregation and racial isolation in ways that were consistent with the existing law. They were meant to be a tool and resource. They were not making up new law and were more of a resource for schools to use as they established student assignment plans and admissions policies. The second part of the guidances was to signal something that’s been consistent with the Supreme Court for many, many years, which is that promoting diversity and addressing segregation are important to the country, to the education of our children, and that we have a situation where kids can come together and feel like they are welcomed and comfortable and not in such few numbers that they are tokens in our schools.

MJ: Could you explain what the Trump administration’s decision today accomplishes?

AB: The law has not changed. The Trump administration decided to take down these guidances at this moment when there haven’t been any changes in the law. We’ve seen again and again the Supreme Court come out and say that there are permissible ways for schools to be able to promote diversity and prevent racial isolations. To remove the guidances now can only be described as a political attack on efforts to bring communities together and as a policy of separation and division.

MJ: What does the administration’s decision mean for colleges and universities following the Obama-era guidance?

AB: I don’t know what the impact will be. What I hope is that colleges and universities and schools realize that the law hasn’t changed and that this doesn’t serve as a deterrent or discouragement from taking steps that they have wanted to take. These guidances were not talking about court-ordered desegregation or something like that. They were talking about when schools and colleges and universities want to try and promote diversity amongst their student body and how they are able to do that. I hope they continue to want to pursue those important and necessary goals. For them to take down this guidance right now, at a time when we see far too many incidents of racial violence and deepening tensions, is not the way that the federal government should support colleges and universities that are trying to do this kind of work.

MJ: How does this action compare to what other Republican administrations have done in the past?

AB: Other Republican administrations have often put out guidance when there has been a change in the law or there has not been guidance and there are questions around how the federal government intends to look at complaints it might receive around racial discrimination, gender discrimination, all of those issues. This situation is unclear to me as there hasn’t been any change in the law. We have a Supreme Court that in recent years has been active in giving directives and direction to colleges and universities about what they can or cannot do. This is one of the situations where there isn’t something coming up beforehand that is directing what they are doing, that explains why there is a need for guidance or the taking down of guidance.

MJ: With Kennedy’s recent retirement announcement and the administration’s decision today, what do these actions mean for the future of affirmative action?

AB: We know Kennedy has been the deciding vote on nearly all of the cases around diversity in schools, both at the K-12 level and at the higher education level. His departure means that we don’t know how this court is going to rule on these kinds of issues. There’s no question that one of the areas that this administration wants to take a swipe at is affirmative action, as they describe it. I would not be surprised if we see them try to get, whether it be the Harvard case or any case before the court, to try and have a reversal of course. Whether that happens and how that happens and who is on the court are all good questions.