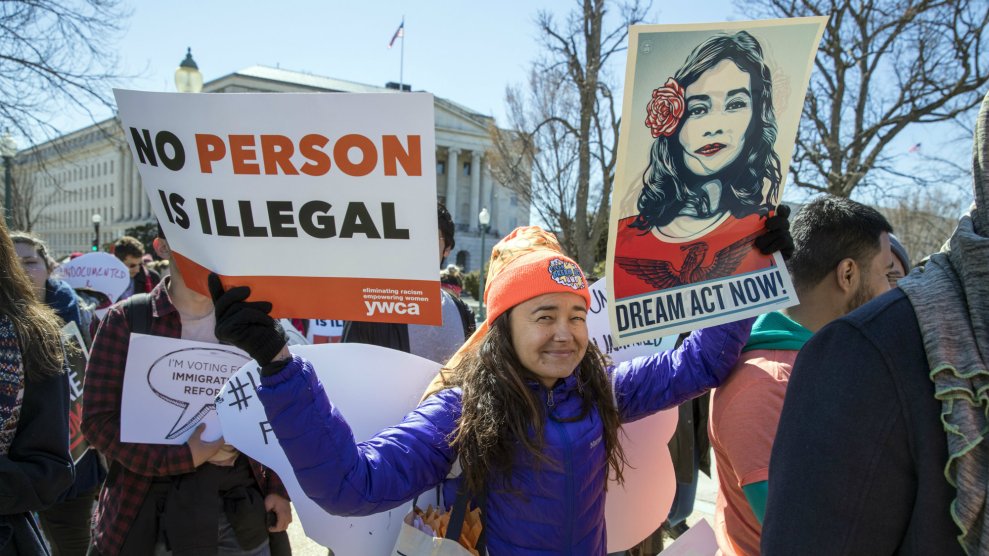 DACA recipients and others at a rally in Washington, D.C.J. Scott Applewhite/AP

A federal judge ruled Friday evening that the Trump administration must fully restore Deferred Action for Childhood Arrivals, the Obama-era program that shielded undocumented immigrants who came here as children from deportation.

This doesn’t mean that the fate of the DACA program is entirely secure. As CNN notes, US District Judge John D. Bates’s decision comes ahead of another DACA hearing in Texas next week, in which Texas and other states have sued to end the program and are expected to win their case. This could set up potentially conflicting court orders. Two other DACA-related cases are also pending.

The decision will not immediately go into effect—Bates gave the Trump administration 20 days to decide whether to appeal the decision.

Bates had previously ruled in April that the Trump administration’s decision to rescind the program was “arbitrary and capricious” and ordered the administration to continue accepting both renewal applications and new applications for DACA. He gave the administration 90 days to respond to the decision before his ruling took effect. In an opinion issued today, Bates noted that this deadline has now expired, and the government’s response has been insufficient. He writes that the administration “fails to elaborate meaningfully” on why it considered the program unlawful, and its attempt to offer additional “policy” grounds for rescinding DACA “simply repackage legal arguments previously made.”

“The Court did not hold in its prior opinion, and it does not hold today, that DHS lacks the statutory or constitutional authority to rescind the DACA program,” Bates writes in his conclusion. “Rather, the Court simply holds that if DHS wishes to rescind the program—or to take any other action, for that matter—it must give a rational explanation for its decision.”