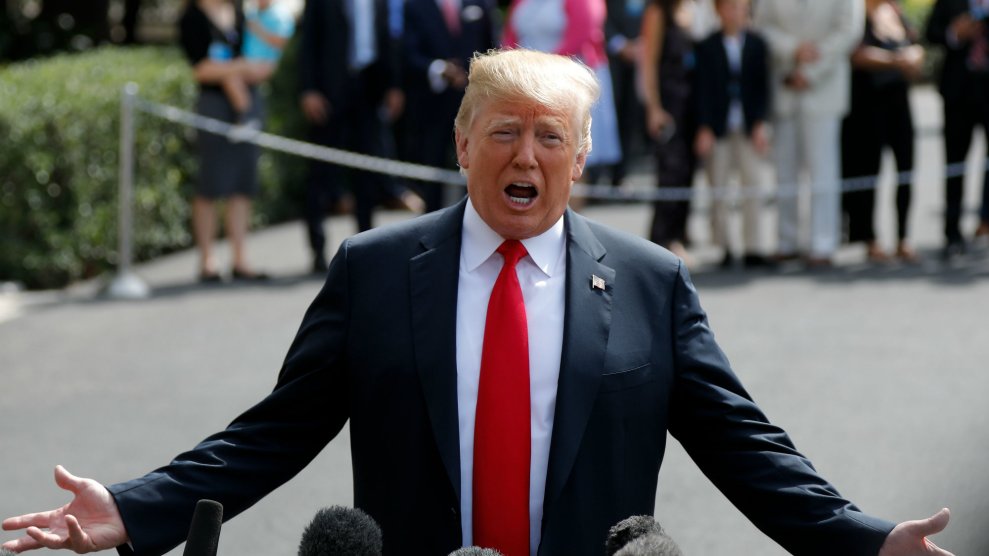 President Donald Trump isn’t backing down from his widely condemned decision to revoke the security clearance of John Brennan, who served as CIA director under President Barack Obama. Brennan has been a vocal Trump critic, describing the president’s July press conference with Vladimir Putin—in which Trump cast doubt on his own intelligence agencies’ assessment that Russia had interfered with the 2016 election—as “nothing short of treasonous.”

On Saturday, Trump tweeted that Brennan would “go down as easily the WORST [CIA director] in history & since getting out, he has become nothing less than a loudmouth, partisan, political hack.” Trump—who last year revealed what the Washington Post described as “highly classified information” to Russian officials during an Oval Office meeting—added that Brennan “cannot be trusted with the secrets to our country!”

Has anyone looked at the mistakes that John Brennan made while serving as CIA Director? He will go down as easily the WORST in history & since getting out, he has become nothing less than a loudmouth, partisan, political hack who cannot be trusted with the secrets to our country!

The White House, meanwhile, is reportedly preparing to revoke the clearances of a number of other current and former officials who served under Obama, many of whom were involved in the Russia investigation. The Post reported Friday evening, citing a White House source, that Trump’s top communications officials have “discussed the optimum times to release them as a distraction during unfavorable news cycles” but that other Trump aides worried that “the threatened revocations smack of a Nixonian enemies list, with little or no substantive national security justification.”

In an open letter to Trump Thursday, retired Admiral William McRaven—the former head of US Joint Special Operations Command—praised Brennan and blasted Trump’s decision to revoke his clearance. “I would consider it an honor if you would revoke my security clearance as well,” McRaven wrote, “so I can add my name to the list of men and women who have spoken up against your presidency.”