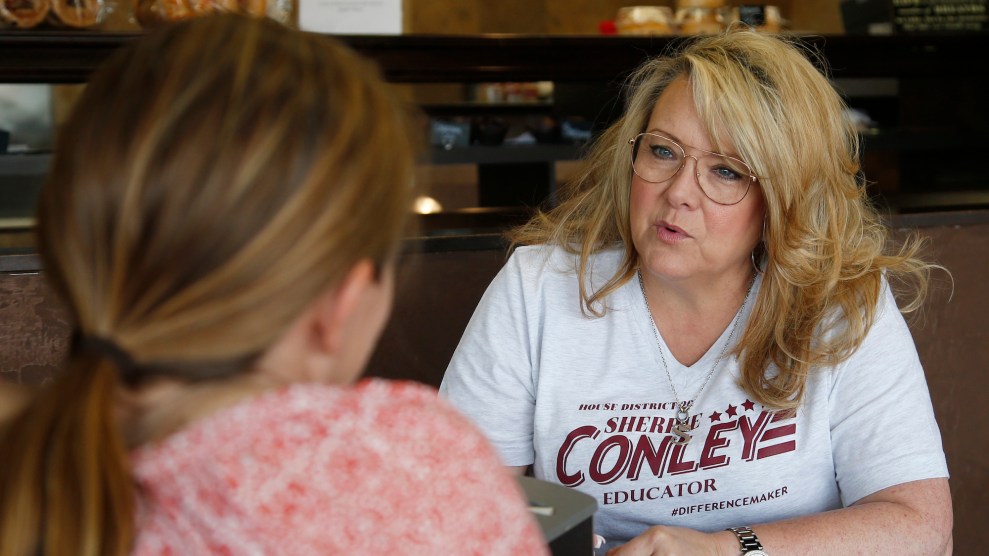 The results of last night’s elections are proof that education is a powerful issue in states where teachers are frustrated with the lack of compensation for their work and funding for their schools.

In Oklahoma, where educators staged a massive walkout this spring, voters ousted six Republican incumbents in the state House of Representatives—all of whom voted against a tax hike to fund increases in teacher pay.

Of the 19 Oklahoma House members who voted against the tax bill, only four will move on to the general election. In total, eight incumbents lost their primaries in June, and seven others decided not to run. The Tulsa World reports:

Such turnover is unprecedented for any recent decade, let alone year, and seemed to mark a dramatic shift in the Oklahoma Republican Party. Each of those defeated Tuesday had, in some manner, earned the wrath of public education supporters during last spring’s occupation of the state Capitol.

In a series of tweets, the Oklahoma Education Association, which has headed up the organizing efforts for teachers in the state, called some of the losing incumbents “anti-public ed” and highlighted last night’s winners, including Sherrie Conley, a teacher and administrator in Oklahoma City Public Schools, and Chris Sneed, whose wife is an educator.

The impact of the teacher movement wasn’t just felt in Oklahoma last night. In Arizona, the Red for Ed movement, which aims to garner more funding for teachers’ salaries, is backing David Garcia, the Democratic candidate for governor, who won his primary easily last night thanks in part to a surge in support from educators who are pleased he has made public schools the signature issue of his campaign.

Oklahoma’s House Bill 1010, which implemented tax increases on oil, gas, tobacco, online sales, and gambling to raise teacher salaries by around $6,000, passed as talks of a massive teacher walkout were beginning to gain traction in March. It was the first tax increase of its kind since 1990, and it was the first time in a decade that Oklahoma teachers, who are among the lowest paid in the country, were given a raise. Still, the bill fell far short of educators’ demands, which included an ask for a $10,000 salary increase and an additional $200 million in funding for classrooms.

The modest increase approved by the bill followed years of spending and tax cuts, as districts are struggling to deal with bigger class sizes, shorter school weeks, and an exodus of teachers to states that offer better pay. Now, more than 100 educators from both parties are running for office in the state.

At the end of the walkout in April, Oklahoma Education Association president Alicia Priest swore Republicans in office who were not addressing the teachers’ demands would face consequences in the midterms. “We got here by electing the wrong people to office,” Priest told reporters. “We have the opportunity to make our voices heard at the ballot box.”