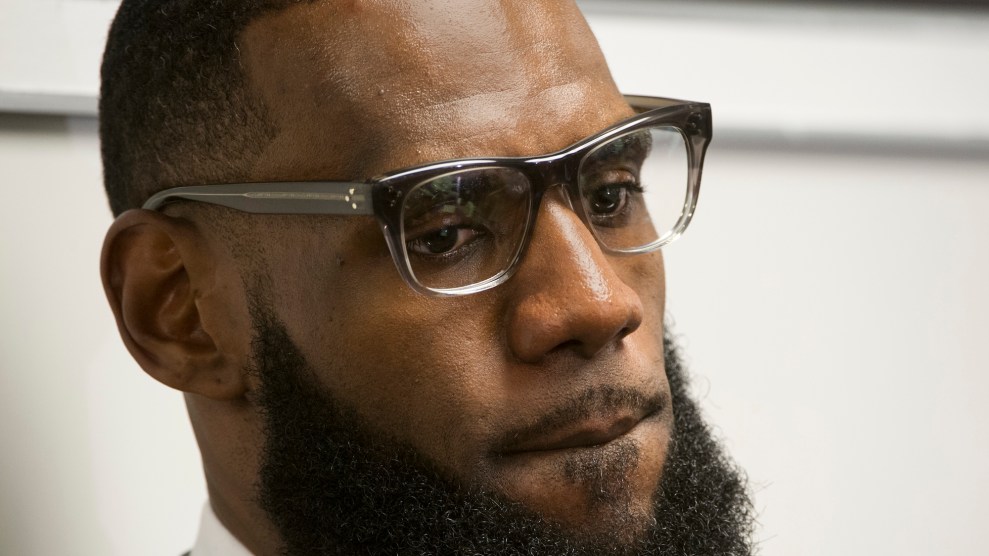 President Donald Trump has been saying for more than a year now that he never watches CNN. In February last year, during a Black History Month event, he said, “I don’t watch CNN…I don’t like watching fake news.”

In a rambling April 2017 interview with the AP, Trump again and again reiterated his boycotting of the network:

But the president, who is reportedly in front of a TV at least four hours a day, and often twice that much, according to the New York Times, has once again shown that he’s awfully tuned in to what’s going on on the network he loves to hate. Witness his latest Twitter rant against NBA star LeBron James, which took place within minutes of CNN’s Friday night airing of an interview of James by host Don Lemon. The interview focused on the opening of a public school for at-risk kids started, and largely funded, by James.

The interview with James starts around 11:25 pm EST.

Lebron James was just interviewed by the dumbest man on television, Don Lemon. He made Lebron look smart, which isn’t easy to do. I like Mike!

The tweet revealed that Trump is indeed paying close attention to CNN, perhaps to the exclusion of professional basketball. Michael Jordan, to whom he was apparently referring, hasn’t been on a pro court since he retired for the last time in 2003. But Trump’s tweet seemed to bring Jordan out of retirement, at least long enough to support James: