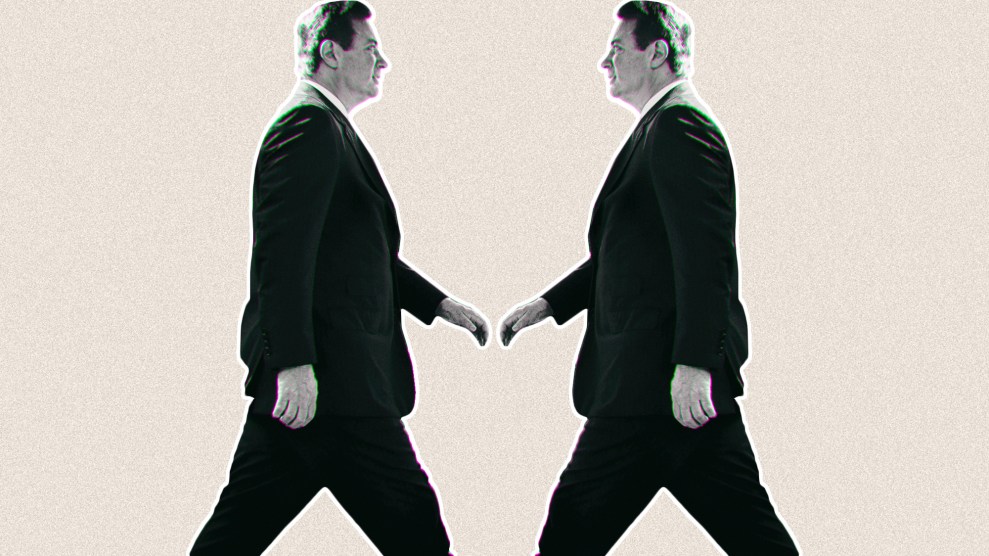 After months of posturing, accusations of witness tampering, and legal maneuvers, the trial of Trump’s former campaign manager Paul Manafort is finally underway in Alexandria, Virginia. This is the first of two federal trials he’ll be facing on charges that include tax evasion and bank fraud. The specific allegations may originate from special counsel Robert Mueller’s investigation into Russia’s attack on the 2016 election, but it’s unlikely questions about Russian meddling in the 2016 presidential election will make a cameo appearance. A top prosecutor under the special counsel has said that prosecutors “don’t intend to mention alleged collusion with the Russians.”

But, as Washington bureau chief David Corn explains in this week’s episode of the Mother Jones Podcast, Russia will always persist as the subtext because plenty of Manafort’s moves are going to be scrutinized for signs of what he does and doesn’t know about Trumpworld’s campaign antics. In the end, it will all boil down to Manafort’s willingness to strike a deal to save his skin, no matter what the final verdict will be.

Listen to the podcast below:

Consider some of these questions as the trial unfolds:

Corn notes that Manafort’s lawyer has said “no way” when asked about the prospect of Manafort cutting a deal with the prosecution—at least for the moment. But there’s always a chance his loyalties might shift, depending on how the evidence presented by the prosecution alters his fortunes.

“I think right now keeping expectations low for those people who want to get into the heart of the matter of what the Trump campaign did, that’s the right way to go,” Corn says. “Even after there’s a verdict in this trial, whether he’s found guilty or not guilty, there’s still another trial to come up with. So, there’s a lot of opportunity for him to decide at some point to cut a deal.”

What does Manafort know, anyway?

Corn points to two significant items in the pile of Manafort baggage that the special counsel could find interesting. First is that Trump Tower meeting. As campaign chief, Manafort had interacted with a Russian emissary who told the Trump team—most notably his son—they would provide dirt on Hillary Clinton, which was one part of a secret Kremlin plot to defeat her. “So Manafort is in the middle of what looks like an attempt on the Trump campaign to collude,” Corn says.

Second is Manafort’s relationship to Russian oligarch Oleg Deripaska. Who? Here’s how we explained the Manafort-Depripaska tangle previously in Mother Jones:

For years, Manafort had wheeled-and-dealed with Deripaska, who is very close to Vladimir Putin. But Deripaska came to believe that Manafort had cheated him out of millions of dollars in one venture. Deripaska then resorted to legal action to get his money back. So while Manafort was directing Trump’s campaign in 2016, he sent messages to Deripaska through Kilimnick, offering the oligarch private briefings on the campaign. He apparently hoped that would square him with Deripaska. It was a rather odd situation: the head of an American presidential campaign privately communicating with a Putin buddy through a former Russian intelligence officer.

While “none of the stuff is expected to come up necessarily during the trial,” Corn says, “there’s still a lot there for special counsel Robert Mueller to dig into regarding Paul Manafort and Russia.”

Elsewhere on this week’s show, Mother Jones reporter Tim Murphy shares the tragic story of how one neglected Illinois community got caught up in Ben Carson’s crusade against fair housing—a confrontation generations in the making. Read Murphy’s investigation here.