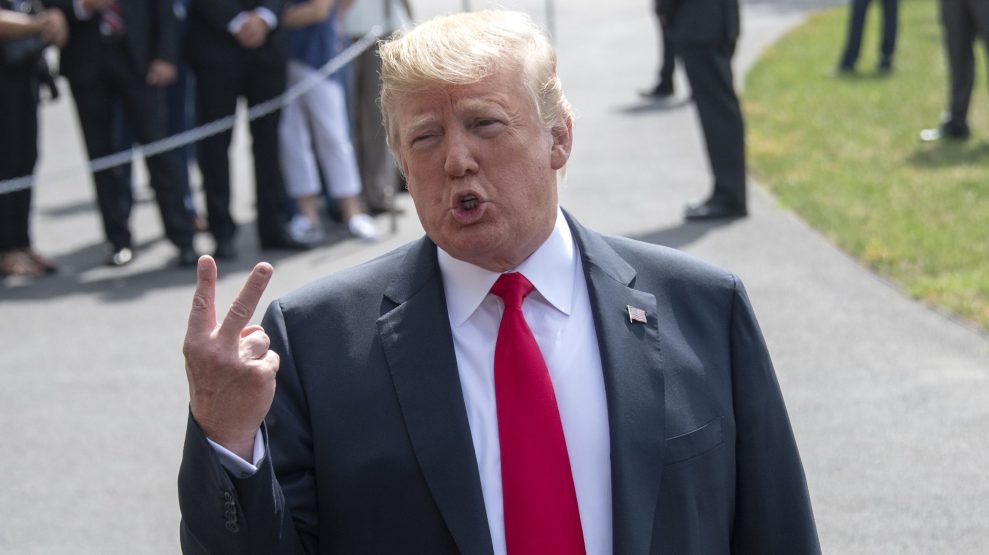 The failing @nytimes wrote a Fake piece today implying that because White House Councel Don McGahn was giving hours of testimony to the Special Councel, he must be a John Dean type “RAT.” But I allowed him and all others to testify – I didn’t have to. I have nothing to hide……

….and have demanded transparency so that this Rigged and Disgusting Witch Hunt can come to a close. So many lives have been ruined over nothing – McCarthyism at its WORST! Yet Mueller & his gang of Dems refuse to look at the real crimes on the other side – Media is even worse!

The Times reported Saturday that the White House allowed investigators to interview McGahan for nearly 30 hours over three days in the Russia inquiry, declining to assert any claims of executive privilege. Unfettered, McGahan apparently provided investigators with extensive insights into some of the most critical moments in the Trump presidency as they relate to allegations of campaign collusion with the Russians to interfere with the 2016 presidential election and its potential obstruction of justice. Those include Trump’s firing of FBI director James Comey, as well as his efforts to demand that Attorney General Jeff Sessions assume oversight of the special counsel investigation, despite Sessions’ pledge to recuse himself from the inquiry.

The Times painted a portrait of a paranoid White House counsel under siege, seeking to save his own skin by asserting his own innocence to investigators, though not the president’s. Trump has blamed many of his legal woes on McGahn, who apparently suspected that Trump might try to throw him under the bus and blame him for possible illegal acts of obstruction of justice committed by others close to Trump—or Trump himself.

The Times suggests McGahn spilled his guts to the special counsel before that could happen. From the Times:

At the same time, Mr. Trump was blaming Mr. McGahn for his legal woes, yet encouraging him to speak to investigators. Mr. McGahn and his lawyer grew suspicious. They began telling associates that they had concluded that the president had decided to let Mr. McGahn take the fall for decisions that could be construed as obstruction of justice, like the Comey firing, by telling the special counsel that he was only following shoddy legal advice from Mr. McGahn.

Worried that Mr. Trump would ultimately blame him in the inquiry, Mr. McGahn told people he was determined to avoid the fate of the White House counsel for President Richard M. Nixon, John W. Dean, who pleaded guilty to conspiracy to obstruct justice in the Watergate scandal.

Mr. McGahn decided to fully cooperate with Mr. Mueller. It was, he believed, the only choice he had to protect himself.

Trump took issue with this characterization, firing back on Twitter (with the same spelling errors):

The Failing New York Times wrote a story that made it seem like the White House Councel had TURNED on the President, when in fact it is just the opposite – & the two Fake reporters knew this. This is why the Fake News Media has become the Enemy of the People. So bad for America!

As Mother Jones‘ Andy Kroll wrote in June last year, as White House counsel, McGahn has one main job: to protect the president. But Trump’s relationship with McGahn, one of his earliest hires during his presidential campaign, has long been strained as the former election law lawyer has attempted to guide Trump through a series of legal landmines of the president’s own making. Even then, it was clear that McGahn was failing at that job. And now, the Times suggests that despite Trump’s protests to the contrary, McGahn may have decided that at this point in the Trump administration, the only person he can really protect is himself.

For a deeper dive into the White House counsel now at the center of this controversy, see this Mother Jones story.