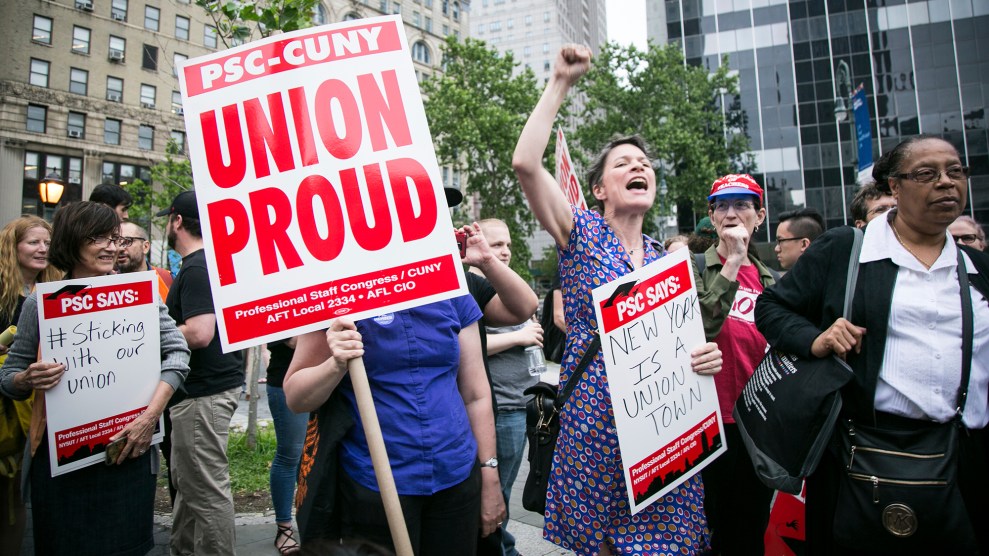 Unions just scored a victory against the Trump administration, which has steadily been working to weaken the power of organized labor. A federal judge in Washington on Friday struck down most provisions of three executive orders that made it easier for government agencies to fire workers and restricted the ability of their unions to negotiate with managers.

US District Court Judge Ketanji Brown Jackson ruled that the executive orders, signed by President Donald Trump in May, conflicted with Congress’ opinion that good-faith union negotiations are vital to the public interest. While “the president has the authority to issue executive orders that carry the force of law with respect to federal labor relations, it is undisputed that no such orders can operate to eviscerate the right to bargain collectively as envisioned in the [statute],” Jackson wrote.

The executive orders told federal agencies to give underperforming employees less time to improve their work before firing them—just 30 days, as opposed to 120 days previously. The orders also made it more difficult for federal workers to appeal their performance evaluations; greatly reduced the amount of time federal employees could devote to union business during regular work hours; and told agencies not to negotiate over important workplace issues, including the number of employees assigned to particular projects.

Judge Jackson’s decision does leave a few provisions of the executive orders in place, including one that allows federal agencies to unilaterally implement changes to a union agreement if members are found to be bargaining in bad faith.

The Federal Workers Alliance, a coalition of 13 federal employee unions, applauded the judge’s ruling. “We are very pleased that the court agreed that the president far exceeded his authority, and that the apolitical career federal work force shall be protected from these illegal, politically motivated executive orders,” Sarah Suszczyk, co-chair of the group, said in a statement. “It is a wonderful day to be a federal employee and a union member!” the American Federation of Government Employees, the country’s largest federal employee union, tweeted.

Friday’s ruling comes just weeks after a Supreme Court decision weakened public-sector unions by barring them from requiring fees for representation from both union and non-union members, overturning years of precedent.  (Federal employees were already exempt from paying dues or fees unless they wanted to.)

“[T]he entire labor movement will not be pushed around,” tweeted Richard Trumka, president of the AFL-CIO. “Together, we’re fighting back and winning.”

Tremendous victory for the people who serve our nation every single day. @AFGENational and the entire labor movement will not be pushed around. Together, we’re fighting back and winning. #1u https://t.co/FltlDBWJc4

The Trump administration is expected to appeal the decision. Read the full ruling below: