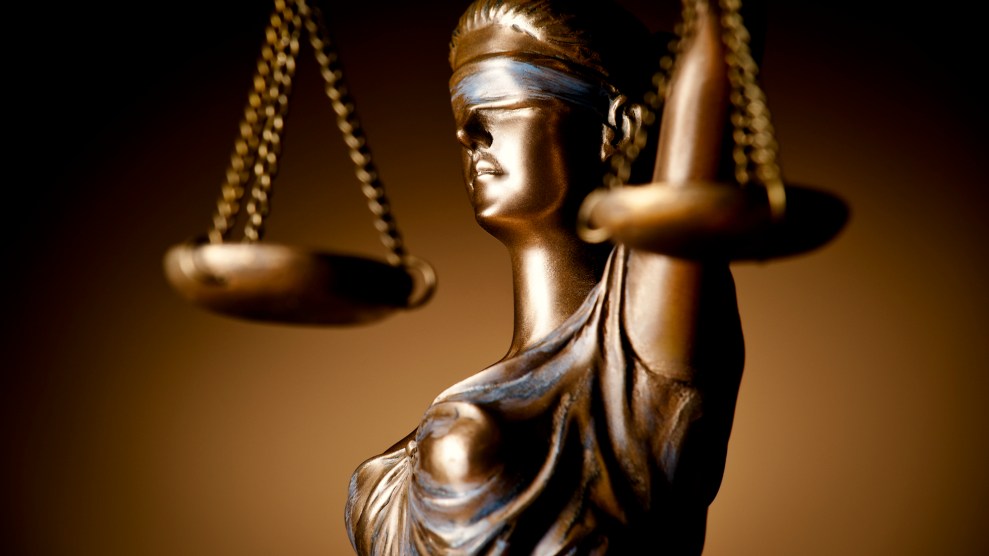 Earlier this month, Republicans in West Virginia impeached the state’s entire Supreme Court, a first in US history, over a scandal involving allegations of wasteful spending, poor administrative decisions, and criminal misconduct. Now the state’s governor, a Republican, has appointed two Republican lawmakers to temporarily serve as justices—a move he says will restore confidence to the judiciary. But Democrats are crying foul, saying the appointments are a clear political power grab aimed at stacking the bench with conservatives.

Gov. Jim Justice announced Saturday morning that state House Speaker Tim Armstead and US Rep. Evan Jenkins will serve on the state’s highest court until the midterm elections in November, when voters can elect new justices from a pool of 20 candidates. (Armstead and Jenkins are among those candidates.) They will replace Justice Robin Davis, who resigned on August 14 shortly after the House of Delegates moved to impeach the Supreme Court, and Justice Menis Ketchum, who resigned in late July shortly before he was charged with federal wire fraud.

The court’s other three justices will soon go before state lawmakers in an impeachment trial, accused of wasteful spending and failure to carry out administrative duties. If they are removed from their seats, the governor can appoint interim justices who will serve on the bench until the 2020 election. (One of them, Justice Allen Loughry, has already been suspended because he faces 25 federal charges and has been indicted on an obstruction-of-justice charge; he has pleaded not guilty.)

“We need true conservatives—this is really important—with honor and integrity to restore the trust from the blow to the stomach we’ve suffered in the last few months,” Gov. Justice said as he announced the two new appointments Saturday. Armstead has left his position in the House of Delegates, and Jenkins will resign from Congress when he takes the bench.
Jenkins is also a failed candidate for US Senate, having lost the Republican nomination to challenge Democratic Sen. Joe Manchin back in May. As my colleague Jeremy Schulman reported during the campaign, Jenkins put out racist political ads that appeared to blame West Virginia’s opioid epidemic on African Americans in cities like Baltimore, Detroit, and Chicago who he suggested were flooding his state with heroin. And his appointment to the judiciary comes despite earlier reports that he may be ineligible to serve on the state Supreme Court because of an inactive law license.
Democrats in West Virginia are outraged about the new appointments, likening the situation to a coup. “Governor Justice’s picks to fill the Supreme Court means more corruption and political positioning from Republican Leadership in West Virginia,” Belinda Biafore, chair of the state Democratic Party, said in a statement. “Not only do Armstead and Jenkins lack necessary experience, but by aligning with Justice they have proven that they are nothing more than political peas in a pod and will continue to make decisions based on politics and not people.”
The impeachment of the Supreme Court justices was approved on August 13 along party lines, with Democrats voting in opposition. (Three of the five justices were elected as Democrats.) “They’re going after everyone because it’s the balance of the court,” Delegate Mike Pushkin, a Democrat on the House Judiciary Committee, said at the time. Delegate Chad Lovejoy said that while he did not agree with the justices’ lavish spending, which included a $32,000 sofa for Loughry’s office, the budget decisions were technically legal and he believed a mass judicial impeachment was inappropriate. “It’s unprecedented in the United States that one branch of the government goes in and lops off another,” he said.
“The majority have ignored the will of the people who elected the justices of this court,” Davis, one of the justices who resigned, said. She is named in impeachment articles regarding her $500,000 office renovation and allegations that she overpaid a senior status judge and failed to hold other justices accountable. “They have erased the lines of separation between the branches of government. In fact, the majority in the legislature is positioning to impose their own party preferences.”