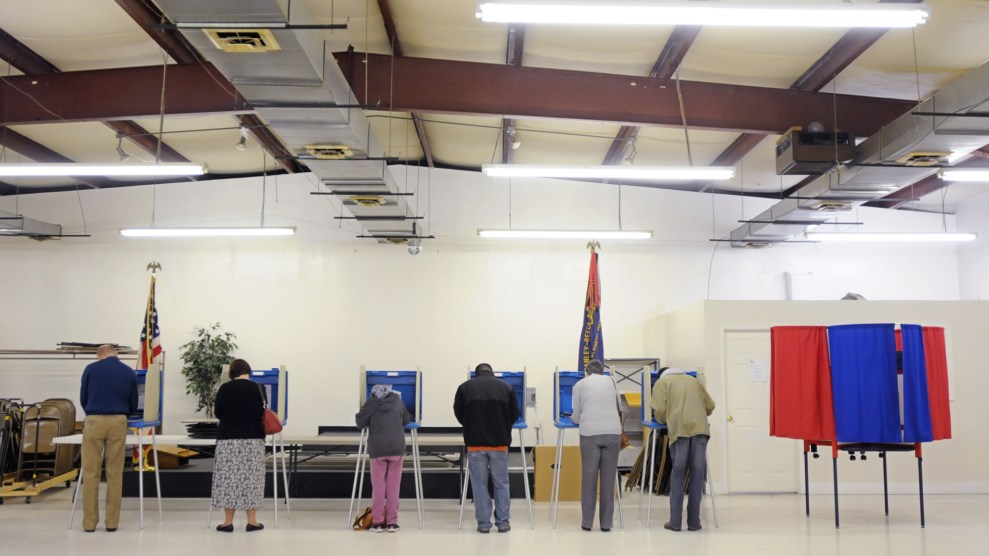 North Carolina’s board of elections voted unanimously Friday to challenge the Trump administration’s sweeping subpoenas of sensitive voting records in the state. The Justice Department, in coordination with Immigration and Customs Enforcement, sent two subpoenas in late August demanding more than 2 million ballots and 15 million voting records from 44 counties in eastern North Carolina, along with all voter registration applications over the past eight years. In response, the bipartisan board of elections authorized the state’s attorney general to file a lawsuit challenging the subpoenas in court.

“The subpoena, which was apparently issued on behalf of ICE, seeks documents that would disclose very confidential information about the voters, including what their ballots actually looked like,” said elections board chairman Andy Penry at the meeting Friday. “We have not been given a reason as to why ICE wants that information, and candidly, I can’t think of any reason for it.” The nine-member board, which consists of four Democrats, four Republicans, and one independent, called the subpoenas “overly broad and vague.”

The subpoenas, issued by US Attorney Robert Higdon, an appointee of President Donald Trump, demanded the voting records within 20 days as part of an investigation into 19 cases of illegal voting by noncitizens. On Thursday, Higdon backtracked and said election officials could comply with the request after the November election and could redact sensitive voter information. However, civil rights groups fear that the subpoenas—regardless of the timing—could intimidate eligible voters, particularly immigrants, into staying home in November.

On Thursday, two Democratic members of Congress from North Carolina, Reps. David Price and G.K. Butterfield, said they were asking inspectors general from the Justice Department and Department of Homeland Security to investigate the legality of the subpoenas. “In these subpoenas, ICE has failed to demonstrate its legal authority to request voting records and to reveal the rationale for the production of this information,” they wrote. “This massive request of voter data seems clearly designed to disenfranchise and intimidate voters and to disrupt the administration of an impending election with major state and national implications.”