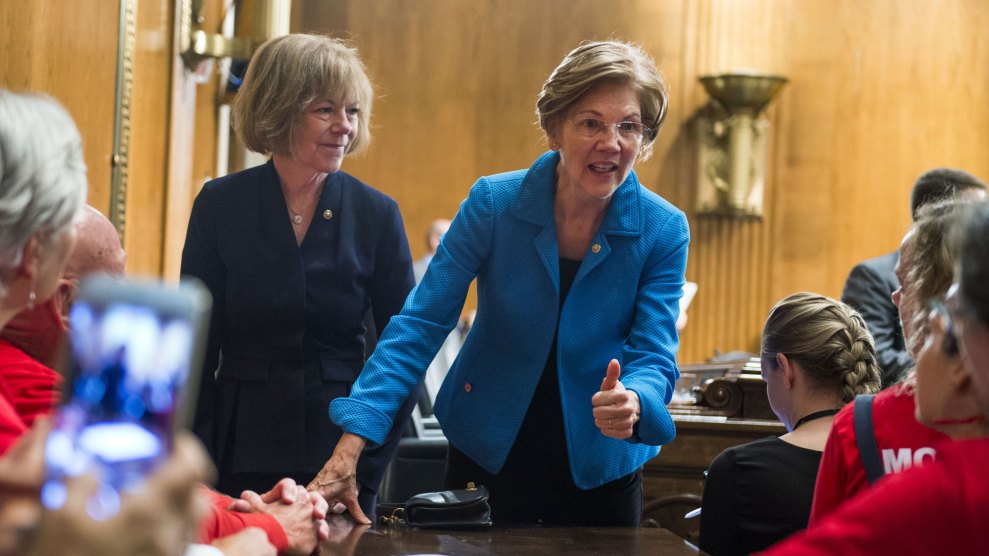 Sen. Elizabeth Warren (D-Mass.) inched closer to a possible 2020 presidential campaign Saturday. Speaking to a packed town hall in Holyoke, Massachusetts, Warren promised to “take a hard look” at the race after the midterm elections, according to the Boston Globe‘s Victoria McGrane:

SHE RUNNING
SERIOUSLY
@elizabethforma just now: "After Nov. 6 I will take a hard look at runing for president," and she got a standing ovation.

Warren reportedly cited her Republican colleagues’ coddling of Supreme Court nominee Brett Kavanaugh in her decision, and said it was time for a woman at the top of the federal government. “I thought, time’s up.”

.@elizabethforma links her announcement to the #Kavanaugh hearings. "I watched powerful men helping a powerful man make it to an even more powerful position."

She said its time "for women to go to Washington fix our broken government and that includes a woman at the top."

Warren is also up for reelection this fall, though she is expected to win easily. The comments Saturday are a reversal of sorts; in April, she promised to serve out her full term if reelected this fall.