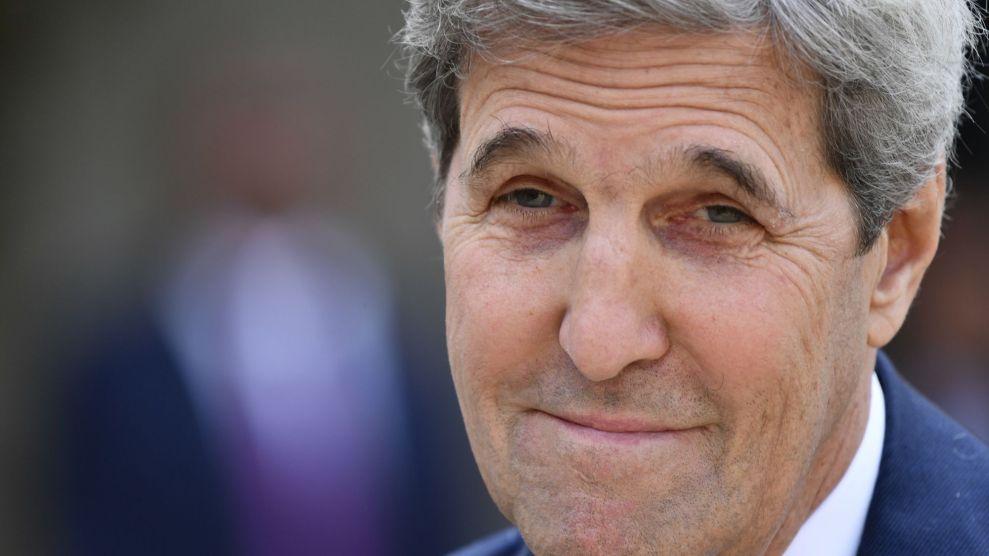 “He’s the first president that I know of who spends more time reading his Twitter ‘likes’ than his briefing books or the constitution of the United States,” Kerry said. “He’s got the maturity of an 8-year-old boy with the insecurity of a teenage girl.”

Kerry’s remarks come after the president slammed the former secretary of state for having conversations with Iranian officials after leaving office, which Kerry dismissed: “There’s nothing unusual about it. The conversation he really ought to be worrying about is Paul Manafort with Mueller.”

“Unfortunately, we have a president, literally, for whom the truth, the whole truth and nothing but the truth is three different things, and you don’t even know what they are,” Kerry added.

The 2004 Democratic presidential nominee is currently promoting his new memoir, Every Day is Extra. You can watch the full clip below: