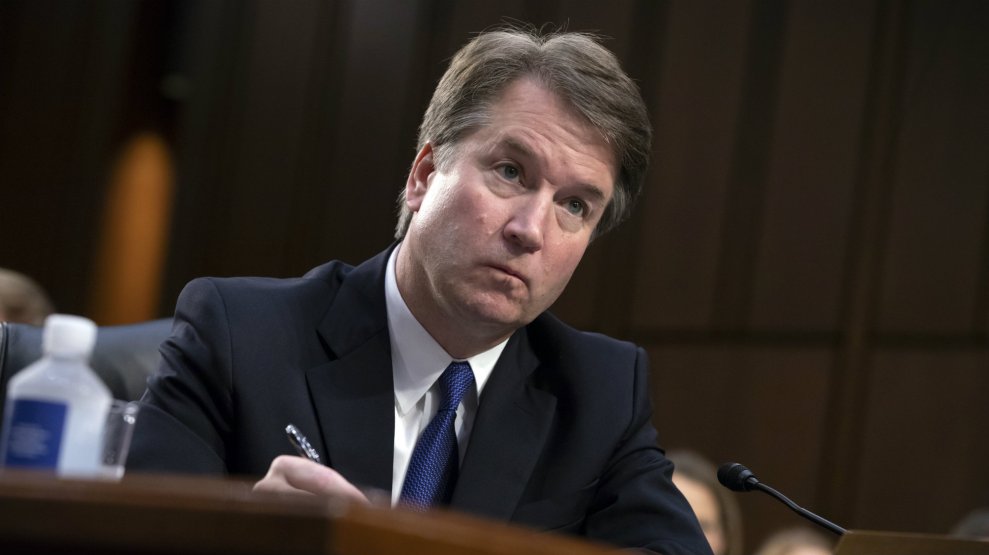 The Senate Judiciary Committee is looking into another allegation of misconduct against Supreme Court nominee Brett Kavanaugh, just one day before a highly-anticipated hearing during which he will testify on another assault allegation, as will his accuser, Christine Blasey Ford, NBC News reported Wednesday night. Republican committee staffers reportedly asked Kavanaugh about the allegations during a phone call Tuesday with Democratic staffers on the line. Kavanaugh denied the allegations.

According to an anonymous complaint sent to Republican Sen. Cory Gardner of Colorado, Kavanaugh physically assaulted a woman he socialized with in the Washington, D.C. area in 1998 while he was inebriated.

The sender of the complaint described an evening involving her own daughter, Kavanaugh and several friends in 1998.

“When they left the bar (under the influence of alcohol) they were all shocked when Brett Kavanaugh, shoved her friend up against the wall very aggressively and sexually.”

“There were at least four witnesses including my daughter.” The writer of the letter provided no names but said the alleged victim was still traumatized and had decide to remain anonymous herself.