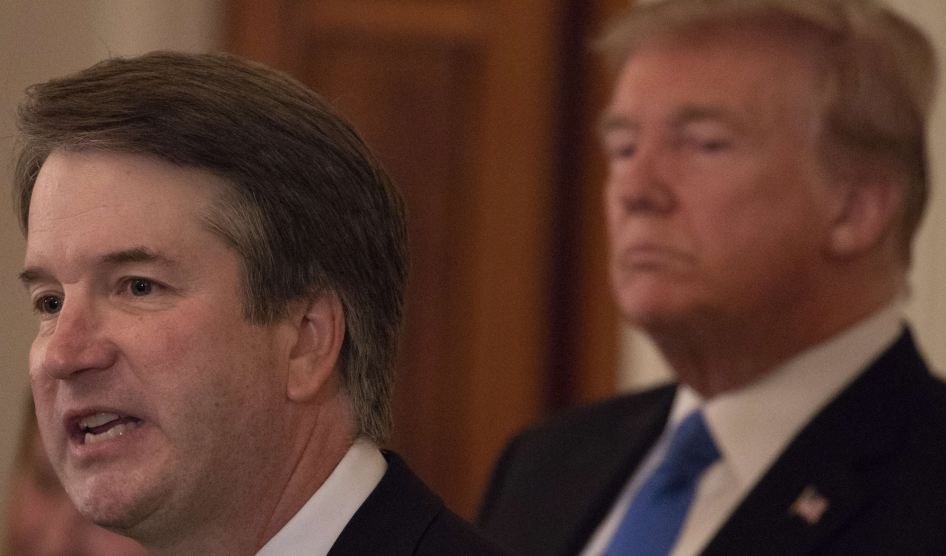 In his first remarks since charges of sexual assault were leveled against Supreme Court nominee Brett Kavanaugh, President Donald Trump on Monday defended his pick to replace retiring Justice Anthony Kennedy as “one of the great intellects and one of the finest people.”

The president also criticized Democrats for not publicizing the allegations when they were first alerted to them over the summer. Sen. Dianne Feinstein (D-Calif.), who had received a letter from Kavanaugh’s accuser, Christine Blasey Ford, in July has defended her decision not to share the information out of respect for Ford’s “strongly requested confidentiality.”

But Trump appeared open to growing demands that Thursday’s vote to confirm Kavanaugh be postponed until more information on the allegations is assembled. This includes possible testimony from Kavanaugh and Ford on the alleged incident, which Ford told the Washington Post on Sunday involved Kavanaugh sexually assaulting her at a party when they were teenagers in the 1980’s.

“Brett Kavanaugh is one of the finest people that I’ve ever known. He’s an outstanding judge respected by everybody, never even had a little blemish on his record.” Trump told reporters at the White House.

When asked if Kavanaugh had offered to withdraw his nomination amid Ford’s allegations, Trump appeared irritated and dismissed the notion as a “ridiculous question.”