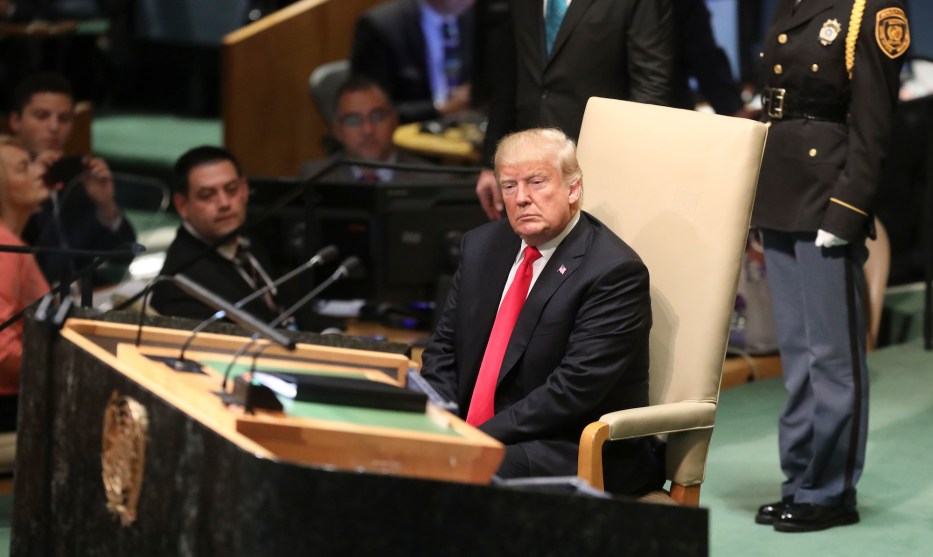 President Donald Trump on Tuesday prompted audible laughter on the floor of the United Nations General Assembly as he attempted to describe the impressive accomplishments of his presidency.

“In less than two years, my administration has accomplished more than almost any administration in the history of our country,” Trump said as the audience broke out in laughter. “So true.”

Acknowledging the startling response, the president smiled and said, “Didn’t expect that reaction, but that’s okay.” Many noted that the moment, while brief, perfectly distilled how world leaders view their US counterpart.

Following the interruption, Trump continued to push his signature America First agenda, rejecting “globalism” while emphasizing what he described as America’s sovereignty on the world stage. Keeping in line with his frequent claims that NATO members are ripping off the United States, Trump also demanded countries increase their defense spending and contributions to the UN’s peacekeeping initiatives.

“Few give anything to us. That is why we are taking a hard look at US foreign assistance,” Trump said. “That will be headed up by Secretary of State Mike Pompeo.”

“Moving forward, we are only going to give foreign aid to those who respect us and, frankly, our friends,” he added. “We expect other countries to pay their fair share for the cost of their defense. The United States is committed to making the United Nations more effective—and more accountable.”

In a stark contrast to his address last year, where he threatened to “totally destroy North Korea,” Trump on Tuesday praised North Korean dictator Kim Jong-Un for his “courage” and purported steps toward denuclearization. Last year in his address to the General Assembly, he memorably referred to Kim Jong-Un as “rocket man.”