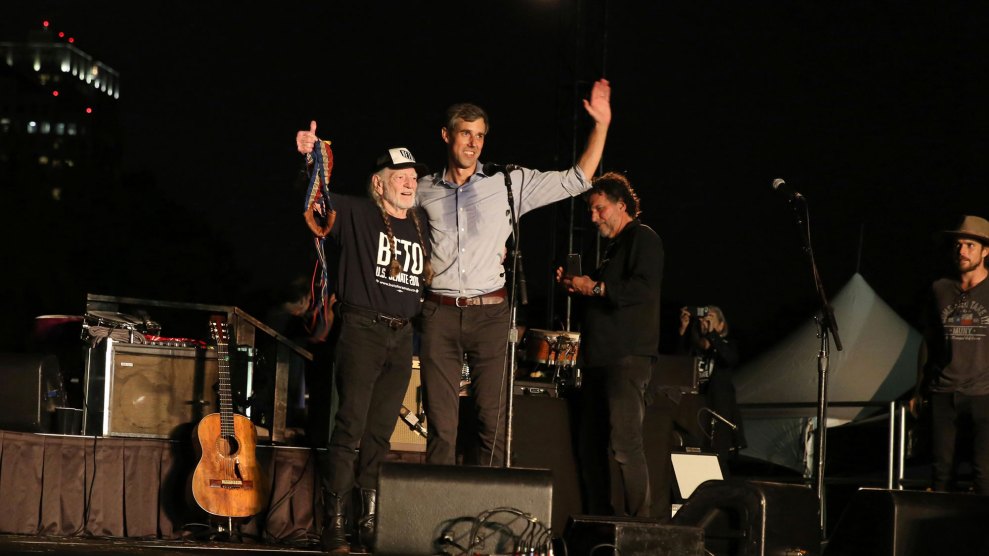 On Saturday night, Rep. Beto O’Rourke (D-Texas), who is challenging Sen. Ted Cruz in one of this year’s most competitive Senate races, held a much-anticipated campaign rally with country legend Willie Nelson in Austin. And, well, a few people showed up:

This is a campaign of people. All people. pic.twitter.com/4z8q8sEN75

According to organizers, the event attracted 55,000 (presumably) supporters—more than any Democratic candidate has drawn for a single event since President Barack Obama was on the campaign trail.

O’Rourke, who was once a drummer in a punk rock band, joined Nelson on vocals for a new anti-Cruz ballad, “Vote ‘Em Out”:

O’Rourke, who trails the incumbent by 4.5 points in the RealClearPolitics polling average, was originally slated to debate Cruz for the second time Sunday, but the debate was postponed late last week when it appeared senators might need to remain in Washington for weekend votes on the confirmation of Supreme Court nominee Brett Kavanaugh. No makeup date has been scheduled yet; the final debate is on tap for October 16.