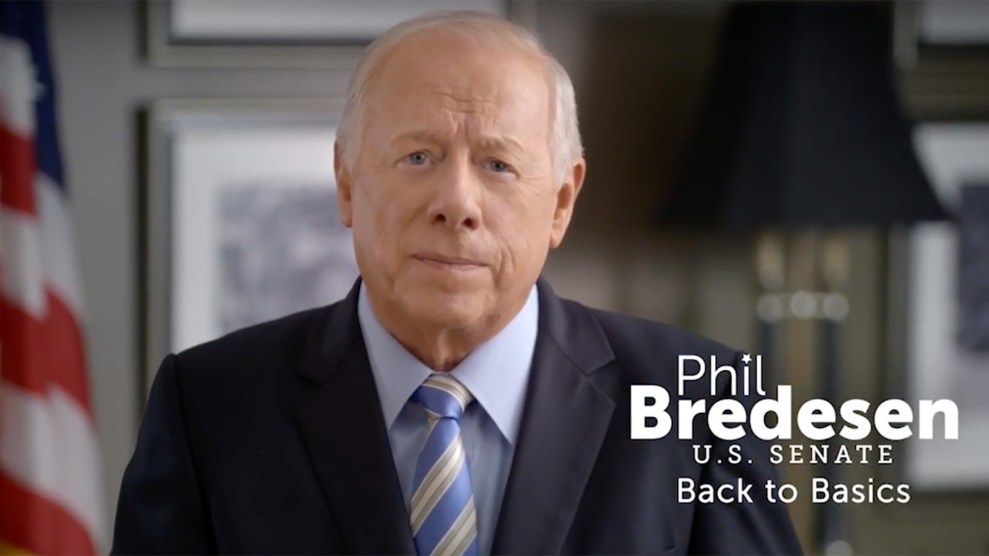 Bredesen for US Senate

Phil Bredesen, the Democrat running in an unusually tight race for retiring Republican Bob Corker’s Senate seat in Tennessee, says if he were a senator now, he would vote to confirm Supreme Court nominee Brett Kavanaugh.

Shortly after the Senate voted to move Kavanaugh’s nomination forward Friday morning, the former governor said in a statement that while he’s “still missing key pieces of information that a sitting senator has,” he would vote yes because he sees Kavanaugh as a qualified candidate for the position.

Shortly after his announcement, the Daily Beast reported that Bredesen’s support for Kavanaugh will cost him the financial backing of Priorities USA Action, a top Democratic super PAC which has spent $13 million so far to boost Democratic midterm candidates. The PAC later clarified that it has not spent any money in the Tennessee Senate race so far, and it has now firmly decided against it in the wake of Bredesen’s statement. The Senate Majority PAC, meawhile, says it will remain supportive of Bredesen’s campaign. The Tennessee seat is one Democrats have been targeting to flip, but in a state where Trump enjoys some of his highest steady approval ratings, it’s an uphill battle.

Despite saying he would vote for Kavanaugh, Bredesen called Dr. Christine Blasey Ford, who testified last week that she was sexually assaulted by Kavanaugh when they were in high school, a “heroine” who “has brought forcefully into the national conversation the many barriers women face in reporting and dealing with sexual harassment and assault.”

Still, he said, “Presidents have the right to appoint justices who share their values—elections have consequences.”

Bredesen is currently running for the US Senate seat soon to be vacated by Corker, who has said he plans to vote to confirm Kavanaugh on Saturday. Bredesen’s Republican opponent, Rep. Marsha Blackburn, has consistently supported Kavanaugh, and she’s pressured her opponent over the past few weeks to give an answer on how he would vote on the nomination. Blackburn has said that while she does believe something traumatic happened to Ford, she does not feel there is enough evidence to keep Kavanaugh off the bench, and she has said the current national debate is undermining the progress made by the #MeToo movement.

Until today, Bredesen has declined to give an answer on how he would vote, saying simply during a debate with Blackburn on September 25 that the way the confirmation process was going “disgusts” him. Then, at a forum in Chattanooga earlier this week, Bredesen was briefly booed for sidestepping the question of how he would vote.

In deeply-red Tennessee, Bredesen has made a point to keep distance between himself and the Democratic Party, taking opportunities to critique key Democratic agenda items such as the Affordable Care Act and argue the party is focusing too much on social issues. Certainly, his statement today is in line with his strategy to appeal to Republicans who disagree with Blackburn’s farther-right, Trumpian brand of politics. A poll out his week from Fox News shows Blackburn with an overall five-point lead on Bredesen—although Bredesen is five points ahead of Blackburn with women.