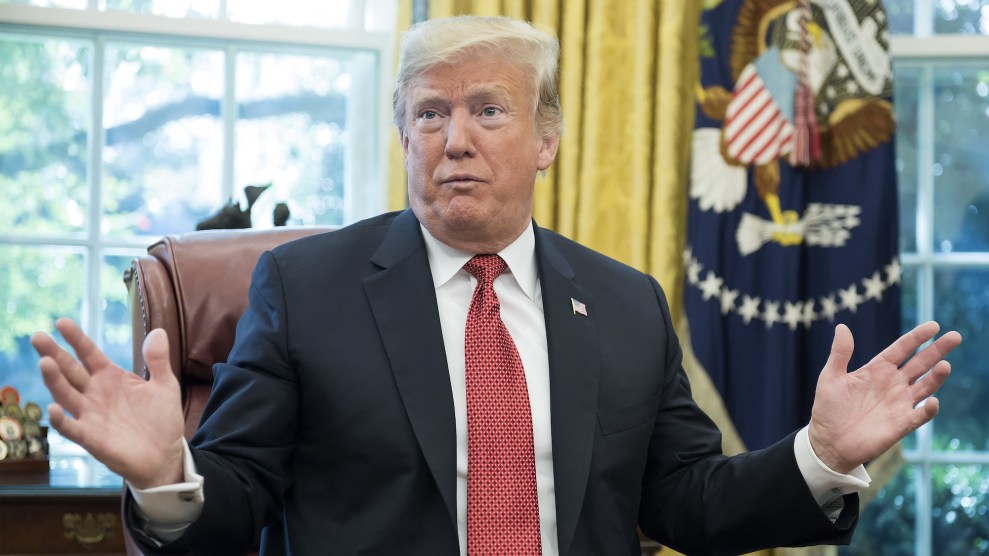 President Donald Trump, visiting a Luke Air Force base in Arizona on Friday, said, “I think it’s a good first step, it’s a big step. There’s a lot of people involved.” Asked if he accepts the new explanation offered by Saudi Arabia, Trump said, “I do,” adding that he would not want to see sanctions against the country, in order to maintain US arms sales.“Saudi Arabia has been a great ally, but what happened is unacceptable,” he added.

Throughout the past two weeks, Trump has opted to accept and repeat Saudi Arabia’s shifting explanations—ignoring US intelligence that the crown prince directed government agents to kill and dismember Khashoggi, who had been critical of the regime. A few days earlier, Trump had offered unsubstantiated speculation that “rogue killers” could be behind Khashoggi’s disappearance.

It’s hard to find this latest “explanation” as credible.