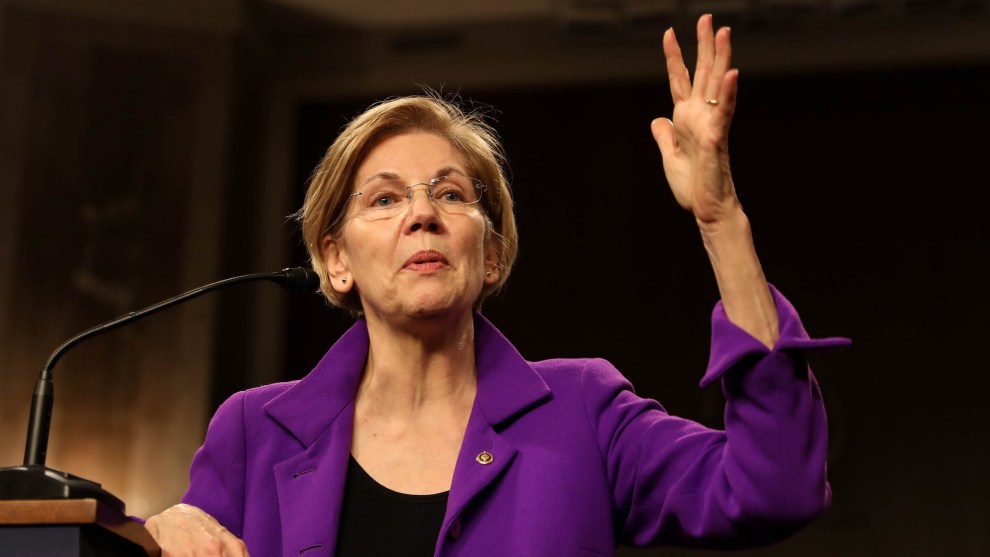 Not one to shy away from criticism, Sen. Elizabeth Warren (D-Mass.) had a few choice words for White House chief of staff John Kelly, who called her an “impolite arrogant woman” in private emails in February 2017.

“Mitch McConnell can’t shut me up—and neither can John Kelly,” she wrote in a fundraising email to supporters on Thursday night, telling her version of an encounter with Kelly last year, after he had repeatedly dodged her calls and emails:

When I finally did get on the phone with John Kelly, I asked if he had an office number that I could use in the future to get in touch more quickly. He brushed me off, directing me to the main line listed on the Department of Homeland Security’s website (really). Even worse, he bizarrely insisted that I’d made the whole thing up and we’d never tried to reach him in the first place. I happened to be looking at all the emails between his staff and my staff when he said this, so I started reading them to him. He accused me again of making it all up.

“Blah blah blah.” That’s all he had to say when he was called out for breaking the law and destroying lives. And I don’t know about John Kelly—but there are some men who can only hear “blah blah blah” whenever a woman’s talking. One of his aides wrote back, “Too bad Senate Majority Leader McConnell couldn’t order her to be quiet again!”

Clever. Well, Mitch McConnell can’t shut me up—and neither can John Kelly. (He can’t even get Donald Trump off Twitter, and as far as I can tell, that was his main job description when he took on the role of White House Chief of Staff).”

The message comes in response to private emails obtained by BuzzFeed, in which Kelly lambasted Warren after a terse conversation about the Trump administration’s travel ban. Warren accused the administration of shirking court orders issued by judges in Massachusetts and New York blocking the executive order that had banned citizens from seven countries from entering the United States. “She immediately began insulting our people accusing them of not following the court order, insulting and abusive behavior towards those covered by the pause, blah blah blah,” Kelley wrote in the email.

The comment quickly went viral, with women tweeting their support of the senator:

Retweet if you’re proud to be an impolite, arrogant woman. #BlahBlahBlah https://t.co/7IXQH9adaG

According to Warren, the exchange occurred just a day after Senate Majority Leader Mitch McConnell barred her from reading a letter by civil rights activist Coretta Scott King on the Senate floor. Warren also tweeted out her email response on Friday morning:

Remember when @realDonaldTrump launched the illegal, bigoted Muslim ban? People were being illegally detained – a direct and flagrant violation of court orders. So my office tried to get answers from @DHSgov about families who couldn’t get home to Logan. https://t.co/E1uwUN7Qmf