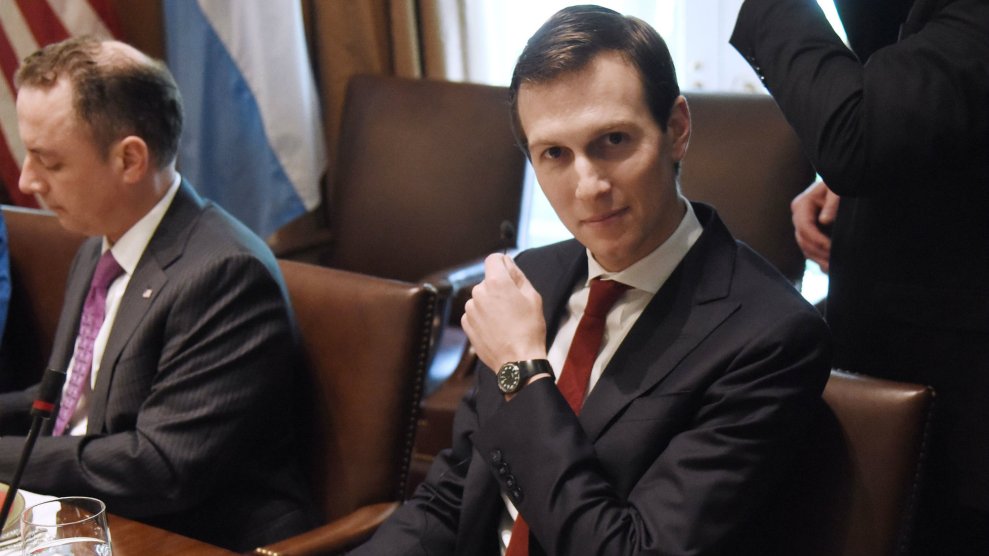 Jared Kusher, White House senior advisor and President Donald Trump’s son-in-law, appears to have paid little to no federal income tax between 2009 and 2016. For a new investigation, reporters for the New York Times reviewed more than 40 pages of confidential financial documents and laid out their theory on how this happened.

Kushner Companies has spent decades buying real estate, allowing Kushner to grow his net worth to more than $300 million. The confidential financial documents reviewed by the Times indicate that Kushner used a depreciation tax benefit that allows real estate investors to deduct a part of the cost of their buildings on their taxable incomes. For example, in 2015 Kusher raked in a $1.7 million salary, but reported an $8.3 million loss based on the depreciation of the company’s real estate. But, according to the New York Times, those losses were only on paper:

In theory, the depreciation provision is supposed to shield real estate developers from having their investments whittled away by wear and tear on their buildings. In practice, though, the allowance often represents a lucrative giveaway to developers like Mr. Trump and Mr. Kushner.

The report comes on the heels of another bombshell story about how the Trump family managed to protect its riches from taxes. The investigation found that President Trump and his family “engaged in outright tax fraud.” However, the strategy Kushner apparently employed is perfectly legal.

A spokesman for Kushner’s lawyer told the Times he would not comment on assumptions made about the documents, and that Kushner “properly filed and paid all taxes due under the law and regulations.”