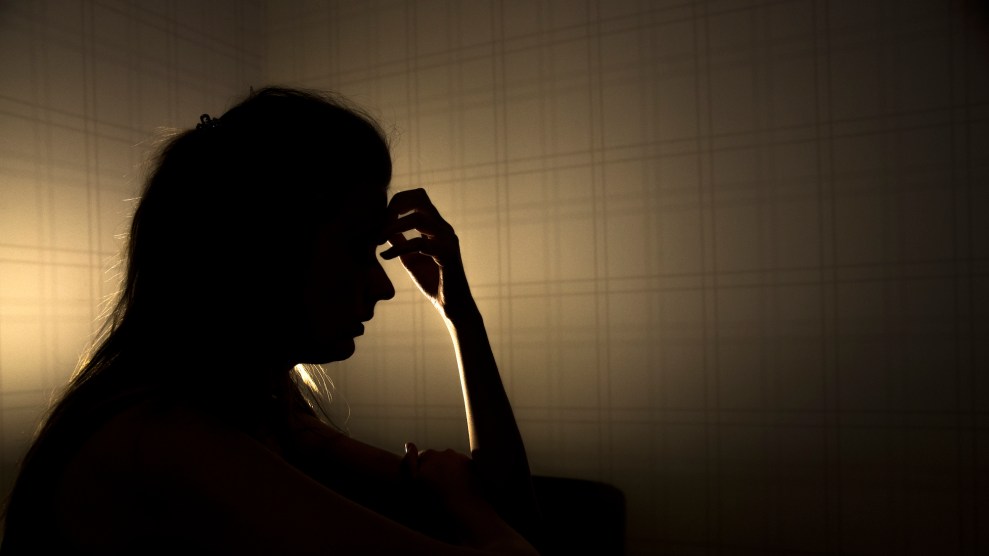 For decades, researchers have observed that traumatic experiences can have long-lasting health effects. A new study links women’s trauma from sexual assault and harassment to a suite of physical and psychological symptoms that can profoundly impact quality of life.

Physicians “need to ask about sexual assault and sexual harassment, and its occurrence needs to be taken into account for health risks of women,” said one OB-GYN.

The small study, published today in the Journal of the American Medical Association, surveyed 305 non-smoking women in Pittsburgh between the ages of 40 and 60, and found that 19 percent of participants reported experiencing sexual harassment in the workplace, while 22 percent said they had at some point in their lives been sexually assaulted. Thurston found that women who had experienced workplace sexual harassment had significantly greater odds of high blood pressure and sleep issues, and that sexual assault was associated with poor sleep, elevated depression, anxiety.

Rebecca C. Thurston, the study’s lead author and a professor of psychiatry and epidemiology at the University of Pittsburgh, builds upon previous studies on the long term effects of sexual harassment. In an earlier study, released in April of this year, Thurston found that women who had experienced trauma—including some kinds of sexual harassment—had less flexible blood vessels, making them more prone to have high blood pressure. This line of research is in the spotlight right now, as the nation reacts to psychology professor Christine Blasey Ford’s testimony about her alleged sexual assault by supreme court nominee Brett Kavanaugh—and the psychological problems that she says have plagued her since.

Thurston presented her research this week at the North American Menopause Society’s annual meeting. JoAnn Pinkerton, the executive director of the NAMS and a practicing OB-GYN, told Mother Jones that the study highlights the importance of assessing trauma as part of medical care.

Physicians “need to ask about sexual assault and sexual harassment, and its occurrence needs to be taken into account for health risks of women,” she said.

Thurston’s study reported rates of harassment and assault lower than nationally reported numbers, which can vary greatly. A 2017 meta-analysis found that asking questions like, “Have you experienced sexual harassment?” resulted in a rate of 24 percent of women—but when researchers listed specific types of harassment, that number jumped to 58 percent. A poll conducted by a nonprofit group called Stop Street Harassment found that 81 percent of women reported sexual harassment in their lifetime.

Debra Borys, a Los Angeles psychologist specializing in treating trauma who wasn’t involved in Thurston’s study, pointed out the link that Thurston found just a correlation—it doesn’t prove that sexual harassment and assault cause the conditions that the study observed.

“You can’t say outright from a study like this—or perhaps any study except a longitudinal one that follows them before harassment, through harassment, then after harassment—that harassment causes [these symptoms],” she said, though she pointed out that the study’s conclusion support ample anecdotal evidence from psychologists and therapists. A further confounding factor: The problems that Thurston observed—high blood pressure, sleep disturbances, depression, and anxiety—are common among even middle aged women who haven’t experienced sexual harassment or assault. What’s more, the study excluded women on antidepressants.

There’s also the problem of the study’s small sample size—which means that it isn’t representative of all women. In the future, Thurston hopes to widen her scope to account for the fact that African American and Hispanic women have higher rates of hypertension, and to account for the missing or overlooked experiences of LGBTQ women.

In the meantime, she hopes the current study will prompt doctors to take trauma into account when treating physical symptoms. “We think about issues of sexual harassment, sexual assaults, these are obviously societal problems,” she said. “These experiences also have implications for both wounds: mental health and physical health.”